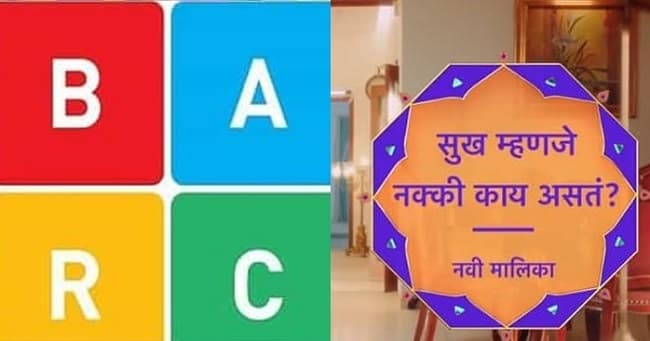 Sukh Mhanje Nakki kay Asta is one of the TV shows in Maharashtra. millions of television lovers are hooked to the TV screen because of its very entertaining and interesting storyline. With recent twists and episodes, the TV show has managed to get the highest TRP. It is officially the number 1 TV show in Maharashtra. The lead actress of the show Girija Prabhu shared a special message for fans. Check out complete details about Sukh Mhanje Nakki Ky Asta Tops Trp Charts in Week 51 – 19th to 5th Dec.

The cast and the team of the Sukh Mhanje Nakki kay Asta shared how they celebrated their achievement with fans through YouTube channel BTS Marathi. While Girija Prabhu also shared the photo of whole cast and crew and thanked her fans.

She mentioned that because of the love that you guys have given to Sukh Mhanje Nakki kay Asta, it reached the no. 1 tv show of Maharashtra. Our entire team will work hard and entertain you all always.

The Upcoming episodes of Sukh Mhanje Nakki kay Asta are going to be even more entertaining. So stay tuned to get the latest details from this TV show. checkout entertaining episodes of Sukh Mhanje Nakki Ky Asta online at any time and anywhere. Hotstar’s official website and app provide an online broadcast of the show. You can download the Hotstar app from the Google Play Store and App Store.

Varsha Usgaonkar makes her come back on TV screen with this hit TV show.