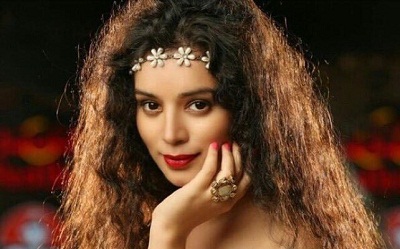 As we all know, Sony TV is coming up with a very unique TV show. The channel will be launching Story Nine Months Ki in a few days. Sukruti Kandpal will be making her comeback on TV screens with this new TV show. The actress has shared her excitement on joining this brand new show with sources. Check out complete details about it here.

Sony TV Story Nine Months Ki will be based on IVF treatment. The TV show has completely unique format. While the trailer of the show is also receiving a lot of positive response from Fans. Television lovers are highly anticipating this TV show.

The TV show has also created an enormous buzz. As one of the popular Television actress Sukriti Kandapal will make her comeback on screens. She will be playing the lead role in the show. The actress has been part of many popular shows. She became a household name during the change in Pyar Ki Ek Kahani. The TV show was very popular in 2010. Finally, after a gap of a year, the actress will be seen in the lead role in this new show.

Sukruti Kandpal opened up on playing the lead role in Story Nine Months Ki to the times of India. According to sources, she said story nine months ki has very progressive narrative. I am looking forward to this show. I am glad to play a strong character of Alia, who will undergo IVF treatment to become a mother. This will be the first time that I will be playing a character like this.

She mentioned “I was looking out for an opportunity like this for quite some time, which is distinctive from all the roles I had played in the Past. I personally Identify with alias character. she is the women of today with an evolved thinking and broader Outlook in life. it’s exciting to get an opportunity play character like this.