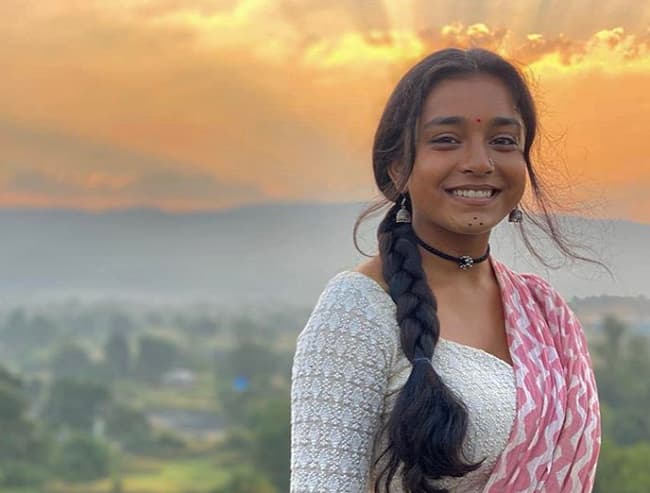 Star Plus is gearing up to launch a new TV show very soon. The channel’s new show Imli is creating a huge buzz among television lovers. The TV show will be on air in a few days. Sumbul Touqeer will play a very interesting role in this TV show. The actress shared some exciting details from the preparation for her unique role. Here are our complete details about it.

Sumbul Touqeer Shares details inside her preparation for Imli

Sumbul Touqeer will play the role of Imli in the show. Imli is a kind girl, who hails from a small village of UP. The language, the behaviour, the body language is completely going to be different. The actress shared that she has worked hard on improving her dialect and many more things.

According to sources from Indiaforums, Sumbul shared her journey. She said “Imli is one such character that requires a lot of attention to detail. as the character hails from a tribal village. It required me to adapt the Avadhi dialect. I have worked on my body language to perfect the role.

She added “I also gained 2 Kg for my role as Imli. besides that, I research a lot to watch movies, read books to understand my character. this is the first time I will be seen in a lead role. I am beyond blessed to receive this opportunity. hope to win over the audience as I embark on a new journey.

The TV show will hit TV screens on the 16th of November. And it will replace one of the popular shows of Star Plus Yeh Jadu Hai Jinn Ka. Star Plus Imli will also have many other talented actors in lead roles. Gashmer Mahajani a Mayuri Deshpande joined the cast of this TV show. the TV show is produced by Gul Khan’s production.

Stick around here to get the latest updates from new TV shows. Also don’t forget to check out audition updates of upcoming television reality show.