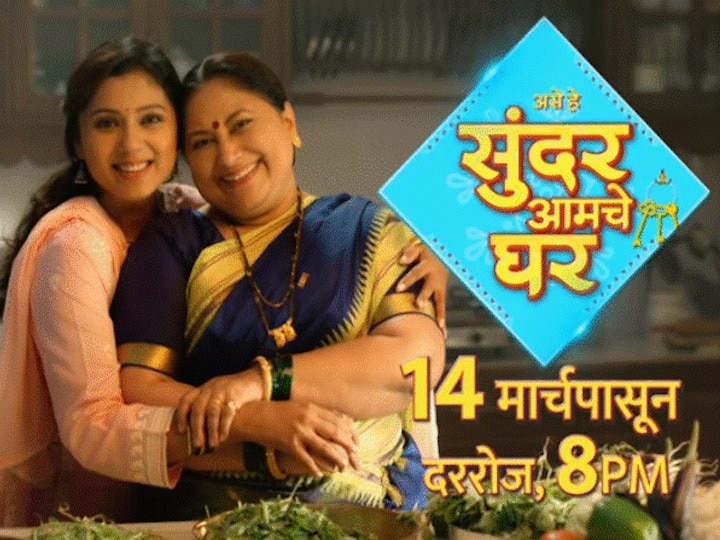 Sony Marathi is getting ready to launch a brand new television show very soon. Sundar Amche Ghar was the original name of the TV show. The show’s unique promo is now released. It has sparked a great deal of excitement among enthusiasts. One of the most well-known actors will play a pivotal role in the TV series. With this TV show, Usha Nadkarni will make a comeback to the television. Check out details about this show below.

The television show will air in March. It is revealed that the tv show will hit tv screens on the 14th March. It will broadcast on every Monday to Saturday at 8:00 PM.

The show’s story revolves around a close relationship between a mother-in-law and her daughter-in-law. Usha Nadkarni will portray a granny who has to be disciplined. She is very strict with her in-laws daughters. The show’s promos have been warmly welcomed by audiences. The show will have heartwarming story line. and it will be family drama.

This TV show will feature one of the talented actors. Sukanya Mona and Sanchita Kulkarni will play key roles in the film. Usha Nadkarni will also have a significant role in the show. Fans are ecstatic to see their favorite actors reprising their roles in new roles. The list of the full cast members of the show will be available on the page here.

The show’s online transmission will be available at any time and from any location. The show will be broadcast live through Sony Liv’s official website and app. The Sony Liv app is available for download on Google Play and the App Store.

Keep checking back with us for the most up-to-date information about new television shows. Don’t forget to keep up with the latest audition news from new television reality series.