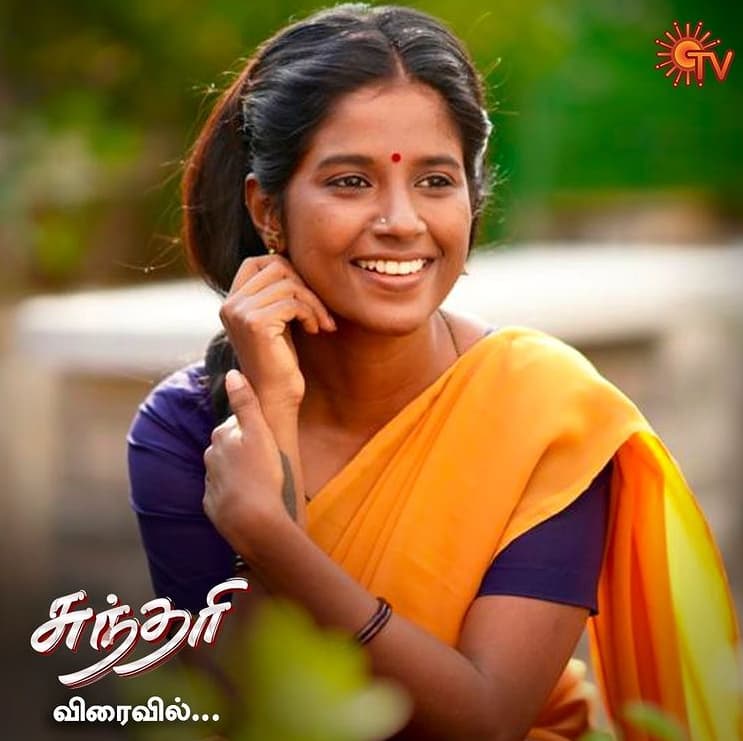 Sundari is an upcoming Tamil TV Show. The tv show will be on screens very soon. It is based on the popular Kannada TV Show Sundari. The Tamil version of the show will have one of the popular and talented actors in the lead role. So, here are complete details about the Cast members of Sun Tv’s upcoming TV Show Sundari, Also find out more information related to the Plot, Starting date and Promo.

Sun TV’s new show Sundari will have Gabriella Sellus in the lead role. While it will also have Jishnu Menon, Indumathy Mainkandan, Rudra and Manohar Krishnan in lead roles. The full list of the cast members of the show will update on the page very soon.

The promo of the show released on the 2nd of February. So, we can expect the tv show will hit tv screens very soon. The confirm starting date and broadcasting schedule will update on the page very soon.

As we all know This show will be the Tamil version of newly launched and popular show Sundari. TV show will feature a story of a dark skin girl, who faces a lot of challenges in her life many people pick on her because of her skin colour. She gets rejected by many guys but she firmly believes in the inner beauty. and feel that inner beauty is more important than physical appearance. She works hard to become an IAS officer.

Stay tuned with us to get the exclusive updates from new tv shows. Also, don’t forget to check out the auditions updates of the upcoming television reality show.