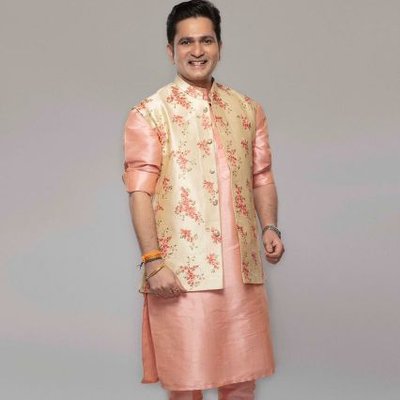 Sushant Shelar is all set to make a comeback on TV screens very soon. He is one of the popular Marathi film and television actors. He will be part of Colors Marathi’s next project. check out complete details about it below. And find out what kind of role play in the show.

Sushant Shelar was last seen in Bigg Boss Marathi season 1. And after one year he will be part of colors Marathi’s upcoming TV show ‘Tujhya Rupacha Chandana’. The TV show will feature a very interesting story line. And this time we will see Sushant in a completely new avatar. He is going to play a completely new role. He will be seen in the character of a police inspector. The character will have a grey shade

This is the first time we will see Sushant playing a negative character. He has been part of hit movies. He was seen in Classmate, Aipat, Picnic. While he was also seen in shows like Nayak, the actor has a huge fan following. So everyone is very excited to see him back on screen.

The plot of the Tuzya Rupach Chandana will be very interesting. The story of the show will revolve around a girl named Nakshi, who belongs to a lower-middle-class family. She lives in a village and is being judged by villagers. she faces discrimination due to her dark skin tone. The villagers also call her Upshakuni. But in reality, she is a fair skin beautiful girl. Her mother asks her to not reveal her face for sake of her safety.

More details about the starting date and broadcasting schedule of the show will be available on the page.