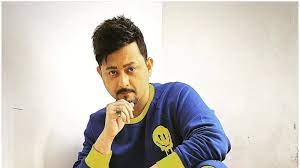 Zee Marathi is all set to launch another entertaining TV show for viewers. The title of the upcoming tv show is ‘Tu Tevha Tashi’. It will be a star-studded tv show featuring Swapnil Joshi and Shilpa Tulaskar. So check out below the complete details related to the ‘Tu Teva Tashi’ TV Show.

After the ‘Tula Pahate Re’ TV Show, Shilpa Tulaskar will play the lead role in Marathi Television. She Said about the character, “The Audience would know whether Saurabh will get his lover of my life or not”. Popular Marathi TV Fame Abhidnya Bhave will also play a pivotal role in the serial. So Fans are looking forward to catching the episodes of ‘Tu Tevha Tashi’ TV Show.

The Start Date of the TV Show ‘Tu Tevha Tashi’ is yet to announce officially. But it is likely to hit on TV screens very soon. The TV Show will present the love story of Two Main leads of the TV Show. All updates of the TV show will be available very soon here. So Stay tuned with us to catch the latest information and also check out the news related to forthcoming TV shows on AuditionForm.