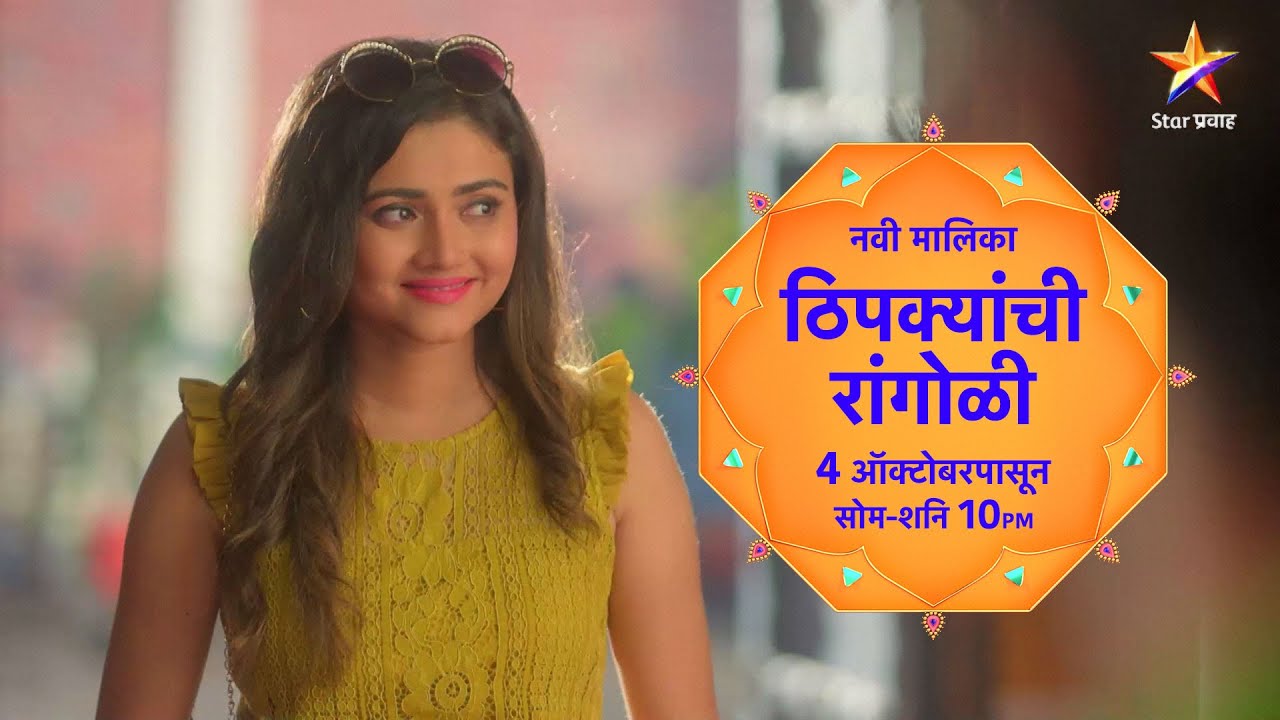 Star Oravah is all set to come up with a new tv show very soon. The channel is gearing up to launch the romantic family drama Thipkyanchi rangoli. One of the popular and talented stars are going to play the lead role in this tv show. Dnyanda Ramtirthakar and Chetan Vadnere are oped in as lead roles. The new promo of the show is out. so, here are some details about the starting date and broadcasting schedule of Star Pravah’s Thipkyanchi Rangoli. And find out more details about the star cast of the show.

The plot of the Thipkyanchi rangoli will be a romantic family drama. The story of the show will revolve around a scholar boy, who is very close to his family and a sophisticated girl rich girl. their life will take a turn when they meet each other. viewers will get to see a big joint happy family.

The tv show will hit tv screens on 4th October. It will replace one of the ongoing show of star Pravah titled as ‘Sang Tu Aaahes Na’. The tv show will broadcast on every Monday to Saturday at 10:00 PM.

One of the talented actors will be part of this show. Dnyanda Ramtirthaklr and Chetan Vadnere will play lead roles in the show. While prominent actors like Shard Ponkshe, Atul Todankar, Girish Vasaikar, Mangesh Kadam, Supriya Pathare, Shital Kulkarni will play pivotal roles