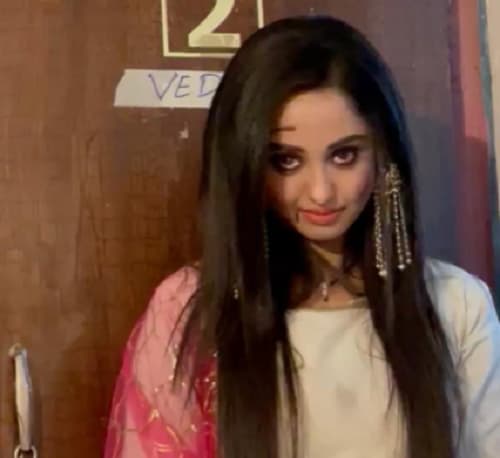 Mumbai, 05 January 2021: The cast and team of Dangal TV’s Aye Mere Humsafar seems to always be in a light mood and are always thinking of their next prank.  This time, it was Tina Philip who pranks her on screen better half Ved – Namish Taneja. Tina who is always a victim of her co-star’s pranks, turns into the prankster. She takes on a ghostly avatar to scare Namish who was caught off guard.

Speaking on pulling a prank on Namish Taneja, Tina says, “I have long wanted to play a prank on our set and more so with Namish considering he had pulled a prank on me at the time when we had just started shooting for Aye Mere Humsafar. I have always been a victim of my co-star’s pranks and now I sensed the right opportunity to pull one on him. So, I put on some ghostly makeup and with help from my team, I tried to scare him. But he didn’t budge and my attempt was a fail. We all ended up laughing together. But I assure to get back at him with a stronger one (laughs).”

That’s indeed a fun team to be a part of.

Catch Tina Philip on Aye Mere Humsafar from Monday to Saturday at 7:00 pm and 10:30 pm only on Dangal TV.