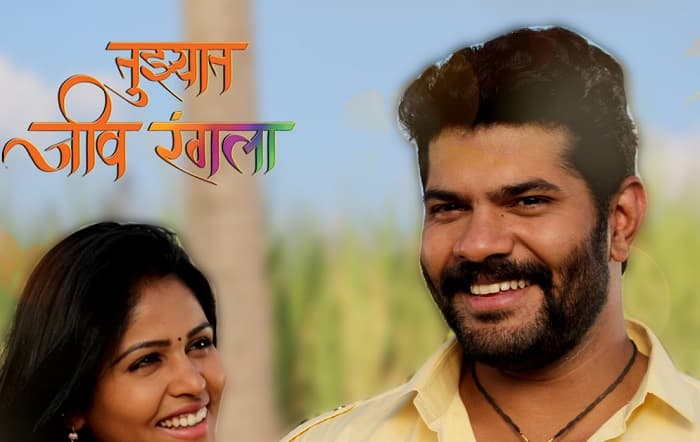 Zee Marathi’s one of the popular TV shows Tuzyat Jeev Rangala is all set to go off air very soon. The TV show has completed its journey of over four years. Check out complete details about it below. and find out when you will be able to watch the last episode of this tv show. Check Tuzyat Jeev Rangla Timing, Which is Zee Marathi’s popular TV Show To Go off Air.

Zee Marathi Tujhyat Jeev Rangala is one of the hit TV show of the channel. The TV show got ian an immense amount of love from fans. The tv show eatures the story of a Rana and Anjali. Rana is a farmer and a wrestler. While Anjali is a highly educated school teacher. Both are opposite from each other. Their love story is filled with twists and turns.

Tujhyat Jeev Rangla has talented actors in the pivotal role. Hardik Joshi and Akshaya Deodhar played the lead role in the show. Hardik Joshi portrayed the role of Ranvijay Prataprao Gaikwad. His acting skills won the hearts of millions of television lovers. While Akshaya Deodar played the role of Anjali. Rana Da and Anjali are one of the popular and most loved couples of the small screen.

You can catch the online broadcast of these shows at any time and anywhere. Zee5’s official website and the app will provide. You can download the Zee5 app from the google play store

Stay tuned with us to get latest updates from new TV shows. Also, don’t forget to check out audition updates of upcoming televsion reality shows.