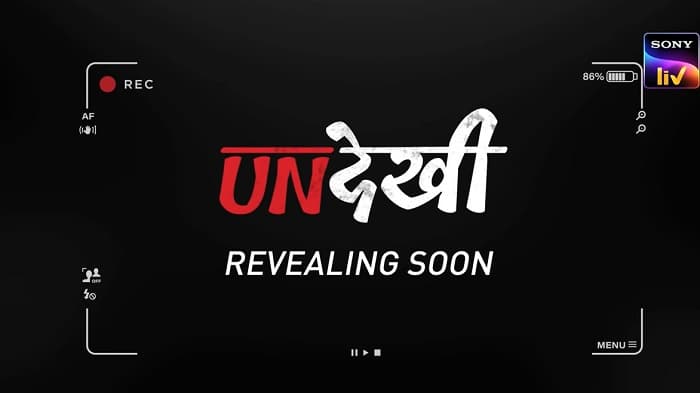 SonyLIV is coming up with the brand new thrilling web series very soon. The upcoming web series on the popular OTT platform is titled as Undekhi. The crime thriller show is all set to release on Sony liv in a few days. So check out the release date of the SonyLiv’s Undekhi. And Also find out more information related to the Undekhi Release Date, Cast, Storyline, Trailer, and Download SonyLIV App to watch.

The plot of the Undekhi set in West Bengal. The teaser of the show features a couple of police officers investigating a murder in the Jungle of Sundarbans. They also visit the crime scene along with locals to find the mutilated dead body of cop name Dibakar Sarkar.

When locals find dead body they informed that to the officer, who is investigating the case. It is revealed that the body is 2-3 days old and the body was murder first and then eaten by an animal. Later it is also discovered that two girls are missing from the nearby tribal village.

Undekhi scheduled to release on 10 July on Sony LIV. The trailer of The crime thriller drama is out. Fans are really excited to watch on Undekhi on Sony Liv.

The web series has a total of 10 episodes to watch and Dekhi. You can visit the Sony LIV’s official website and app and sign up for the interesting entertaining content.

Stay tuned here to get the latest updates from new TV shows, you can watch the upcoming web series on SonyLiv OTT Platform. Also, check out audition details related to the upcoming television reality show.