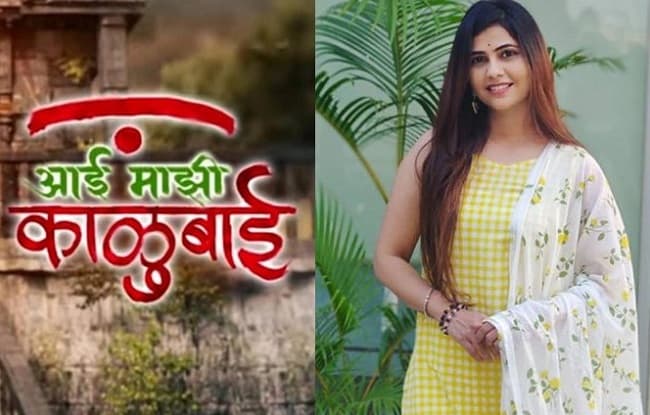 Sony Marathi’s popular TV show Aai Majhi Kalubhai recently was in news. According to exclusive reports, Prajakta Gaikwad was playing the lead role in the show has reportedly quit the show. The makers of the show have roped in Bigg Boss Fame Veena Jagtap to play a lead role in the show. Check out complete details about Veena Jagtap To Join Sony Marathi’s TV Show ‘Aai Majhi Kalubai’ below.

Veena Jagtap is one of the popular Television actress in Marathi TV industry. She has been part of shows like Radha Prem Rangi Rangali, Big Boss Marathi season 2. She will be making come back on screen after a break of few months. Television lovers are highly anticipating her comeback.

Veena Jagtap also shared her thoughts on playing a lead role today Times of India. She said, “I am so excited to play Arya on screen. I got a call from the team and they told me that I am going to Satara with Alka Tai for shooting and I got so excited”.

She added “I have admired Alka Kubal since my childhood. I have grown up watching her movies and performance on screens. Personally with both started knowing each other post-Bigg Boss. We used to talk on occasion and festival. I am very happy that I am going to work with someone who has always admired”.

Aai Majhi Kalubhai recently premiered on TV screen. The TV show was receiving a good amount of response from fans. But recently the team of the show have decided to axe Prajakta Gaikwad from the show. During an interview with it Etimes, Alka Kubal mentioned that prajakta’s behaviour was unprofessional. Her rude behaviour was affecting other artists also. So they have decided to axe Prajakta Gaikwad out of the show. because it was getting unbearable.

Prajakta Gaikwad also cleared some things on her side. She said the reason behind her quitting the show is that her co-star used Foul language while addressing her.

Stick around here to get exclusive updates from television world.