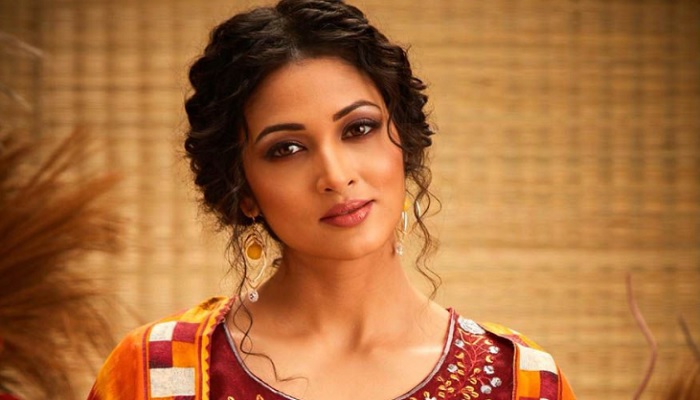 Bhabiji Ghar Par Hai is a popular show on Indian television network. Vidisha Srivastava will be stepping in the shoes of Nehha Pendse in the show. Vidisha will be playing the role of Bhabiji in the show.

She was recently a part of the show Kashibai Bajirao Ballal as a Shiv Bai. She is all set to play Bhabiji in the show.

Vidisha speaks to one of the leading entertainment portals about being a part of the show. She says, “It’s a great opportunity and big challenge at the same time. I believe that the producers auditioned a lot of actresses for the character.”

Adding further, “But I was finalised overnight. I strongly feel that I am fit for the part, both in terms of looks and performance Bhabiji Ghar Par Hain! Is definitely a turning point in my career and can be termed my biggest break so far. The saying, slow and steady wins the race, holds true in my case. all the hard work has paid-off.”

Speaking further she says, ” It’s a massive responsibility on my shoulders to take over from my predecessor, but I will play Anita bhabi my way. Though this is my debut in th comedy genre, I am jumping into it without any pressure, I am excited about this new opportunity. I hope people accept me as the new Anita Bhabhi.”

She adds more on her role as the Bhabiji, “The previous actors have played the character extremely well and struck a chord with the audience, So, it’s a massive responsibility on y shoulder to take over from my predecessor, but I will play Anita bhabhi my way . Though this is my debut in the comedy genre and that, too with a popular show, I am jumping into it without an pressure. I am not scared, but quite excited about this new opportunity.”

“I will give my best and play the part with utmost conviction. Now, whether the audience likes and accepts me as the new Anita Bhabi is beyond my control. I can only hope they do. I will carry the legacy forward beautifully.”

For more recent updates about the entertainment industry and more audition details stay tuned with us..!!