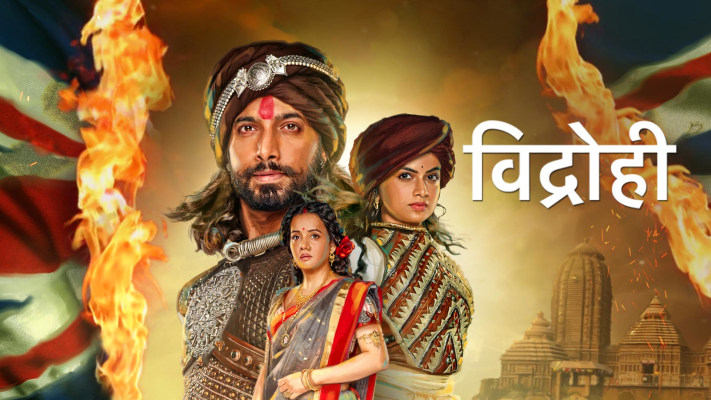 Vidrohi, a Star Plus show, has been in the headlines due to its cancellation. And now we learned that the show’s final episode will air in the month of March. Sharad Malhotra, Sulagna Panigrahi, and Hemal Dev star in the show, which premiered on October 11th. Check out complete details about it below. Also, find out when the TV show will broadcast its final episode.

Vidrohi to go off air very soon: Check out when you can watchthe last epoisode

Vidrohi takes place in Odisha in 1817 when rebels were battling for their rights against the British. The show has struggled to provide figures to the station from its inception, prompting the decision to end it. The last episode will broadcast on 5th March. Also, we’ve heard that the show would be replaced by Star Plus’ new show, Yeh Jhuki Jhuki Si Nazar, starring Ankit Siwach and Swati Rajput.

The show’s promo has already been released, and it begins with a fair female assessing her fairness on a skin scale. Another girl tells her that her complexion will turn darker once she comes into contact with the sun. Swati Rajput’s character takes control of the situation and explains the truth. She claims that those with dark skin have the same fear. So we can say that Yeh Jhuki Jhuki Nazar appears fascinating. The plot also concentrates on the personal lives of Sharad and Sulagna’s characters.

The online broadcast of the show will be available at any time and any where. Hotstar’s official website and app will provide the online telecast of the show. You can download HostarApp from the google play store and App Store.

Stay tuned with us to get the latest details about the upcoming tv shows. Also, don’t forget to check out more updates about auditions of upcoming television reality shows.