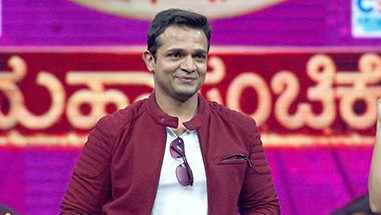 Actor Vijay Raghavendra is all set to judge a new tv show very soon. He will be judging the new dance reality show tilted as Dancing Champion. The show will soon be airing on a major general entertainment channel. And it will have one of kind format. Check out some exciting details about it here.

The show provides young dancers with a platform to show their dance skills. There are rumors that Akul Balaji will be hosting a new show, but it hasn’t been confirmed by the channel yet. Complete details about it will be available on the page very soon.

Vijay Raghavendra has signed a new film in which he would play a cop for the second time. Dharma Keerthiraj and Sanchita Padukone star in the production, which is primarily shot in Madikeri and directed by Umesh.

The actor, who is also filming Grey Games, will play a psychologist alongside Bhavana Rao in the film. The film is about the rise in popularity of online gaming following the death of Covid.