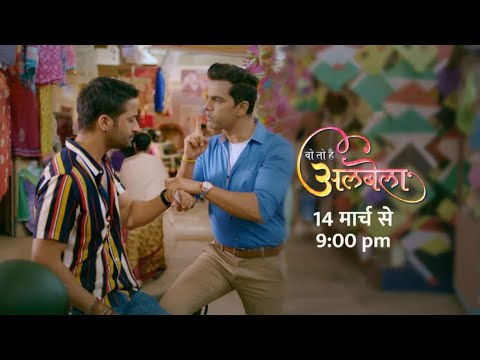 Star Bharat is preparing to launch a brand new television show in the coming days. Woh Toh hai Albela is the title of the channel’s next TV show. Shaheer Sheikh will play the lead in the TV show. The starting date of the show is officially revealed. This next show has piqued the interest of fans. Check out complete details about the broadcasting schedule. Also, find out some details about the cast members.

Rajan Shahi will be the director and producer of Woh To Hai Albela. He has created a number of popular TV series that have shown on Indian television. Anupama, Ye Rishta Kya Kehalata hai, Aai Kuthe Kay Karte, and many other films are among his credits. As a result, fans have great hopes for Woh To Hai Albela.

Shaheer Sheikh, Anuj Sachdeva, and Kinshuk Vaidya will star in the film Woh To Hai Albela, which will tell the narrative of three brothers. Shahid Shaikh will portray an Albela in the film. He does something that becomes quite popular on the internet. He touts himself as Agra’s second marvel. People are drawn to him because of his distinct personality. The adventure of the three brothers will be chronicled on television.

The TV show will premiere in March. It will hit tv screens on the 14th March. and will be broadcast on Monday to Saturday at 9 PM.

The show’s online broadcast will be available at any time and from any location. The program will be broadcast live online through Hotstar’s official website and app. The Hotstar app is available on the Google Play Store and the App Store.

Stay with us for the most up-to-date information about new television series. Also, keep an eye out for audition notices for upcoming reality television shows.