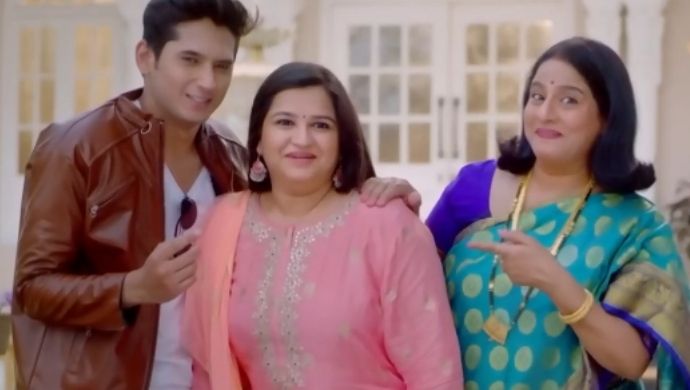 Zee Marathi’s one of the most popular tv show Yeu Kashi Tashi Nandayla will probably go off air in a few days. According to sources, the tv show might go off the air because of the upcoming show on the channel. The official announcement about it is not made yet. Check out complete details about it below.

Zee Marathi is gearing up to launch a brand new TV show titled as ‘Teva Tu Tashi’. The TV show is scheduled to broadcast on the same time slot as Yeu Kashi Tashi Mi Nandayla. So there are chances that the TV show might go off air.  While makers of the shore also thinking about pushing the time slot of the show to avoid the clash with a new show.

As we all know Yeu Kashi Tashi Mi Nandayla is one of the hit TV show of Zee Marathi. And the TV show has a huge fan base. So many fans will be disappointed if this happens. The current plot of the show is revolving around Omkar and  Sweetu’s married life.

Teva Tu Tashi is one of the highly anticipated TV shows of the channel. The TV show is going to feature Swapnil Joshi in the lead role. complete details about the storyline, Cast, Start date will update on the page Very soon.