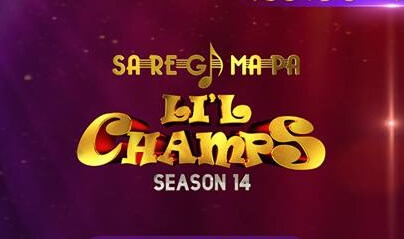 Sa Re Ga Ma Pa is the longest running music reality show in the history of Indian television. After the Previous season, the Zee Kannada back with the new season. Sa Re Ga Ma Pa Li’l Champs Season 14 Auditions 2017 is open for the age group between 5 to 13 years old. So If your kids have singing talent then don’t miss this chance.

Zee Kannada is once again searching young talents to show showcase their hidden talents. After the city audition, only 30 best singers will select from Karnataka city. Singer Vijay Prakash, magical composer Arjun Janya and the pride of Karnataka, Rajesh Krishnan will host the show once again.

Zee Kannada Sa Re Ga Ma Pa Li’l Champs Season 14 Auditions 2017 have started from 4 November 2017. The audition will organize in Karnataka city. The auditions city are Udupi, Shivamogga, Hubballi, Mysore, Bangalore and more. Check audition city and date below, Venues will get on our Facebook Page.

If you want to interested to participate and if your child has nurtured hidden talents then send their voice at 9538868202 (What’s Apps) in the Kannada Language. 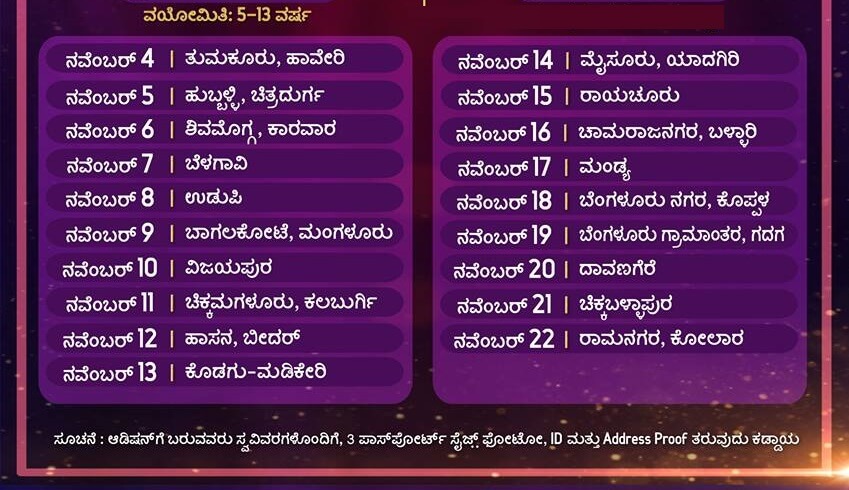 The participant’s child you can also send your melody voice at [email protected]. So don’t wait to record your voice and send now.