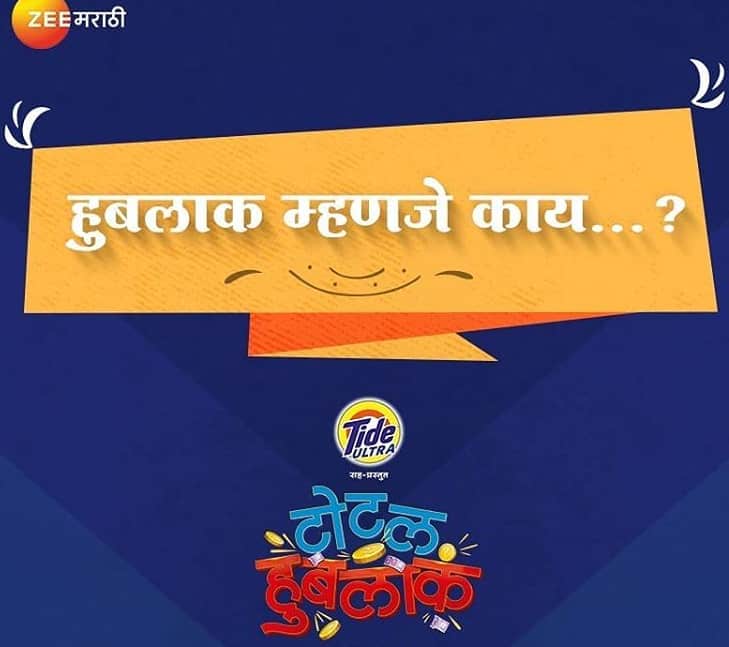 Fans are extremely excited to watch this TV show on the TV screen. So check out complete details about Zee Marathi Total Hublak. And find out more details related to the starting date, cast and storyline of this TV show.

Zee Marathi Total Hublak is going to be a comedy-drama series. The comedy TV show revolves around 5 friends, who set up some ideas to earn some quick money to get their life back on the track. It features one of the popular Marathi actors and actresses.

The TV show will have Rahul Magdum, Kiran Gaikwad, and Mahesh Yadav in pivotal roles. While Monalisa Bagal will be playing the female role in the show.

Rahul Makdum is known for his role in Lagir Zal Ji. He played the character of Rahul. His quirky role he got a huge amount of fan following. While Kiran Gaikwad is also known for his role in lagir Zala Ji as Bhaiya Saheb. So fans are extremely excited to watch their favorite actors back on screens after a long time.

The trailer of the show is launch and it has fans are intrigued by the plot.

Zee Marathi Total Hublak will hit television screens on the 15 June. The TV show will broadcast at 8:30 p.m. from Monday to Saturday. While you guys will be able to catch the entertaining episodes of this comedy-drama series on Zee5’s official website and app.

Zee Marathi is coming up with the few brand new TV shows. So stay tuned here to get the latest updates from the new projects of the popular channel.

Stick around here to get exclusive news from the TV and entertainment world and audition updates from the new reality shows.