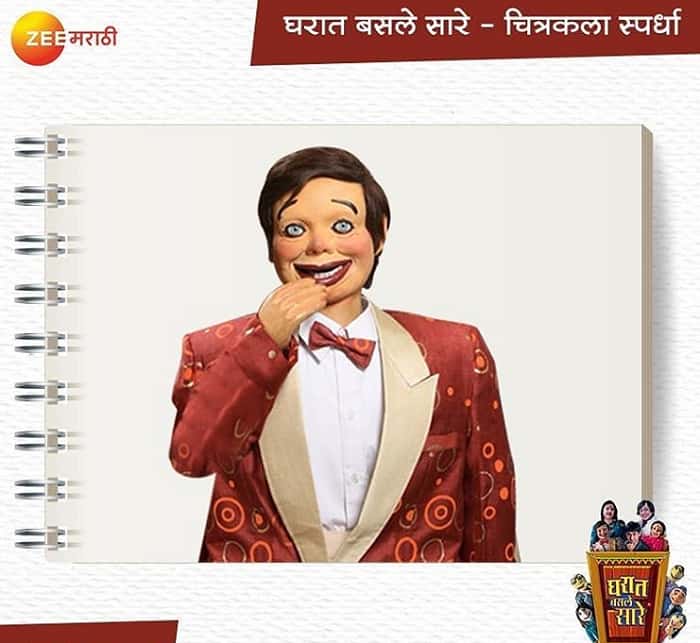 Zee Marathi is all set to launch a brand new TV show for its viewers. The upcoming TV show on the channel is titled as Gharat Basle Saare. Zee Marathi is going to launch one of the extraordinary TV show on an Indian television network.

Check out complete details about Zee Marathi Gharat Basle Saare and its unique concept below. Also, find out other starting dates and broadcasting details of the Zee Marathi’s fresh TV show.

During this lockdown, television lovers couldn’t watch the fresh episodes of their favorite TV shows. So Zee Marathi has come up with a unique Idea. The channel will telecast the new show Gharat Basale Saare, which will feature one of the popular Puppets of Maharashtra Aavda Bai and Ardhavat Rao. Fans are already eager to watch this TV show as it will involve their favorite puppets.

Zee Marathi’s new TV show will feature Ardhavat Rao and Aavda Bai. While their son Chandan and daughter-in-law Sunaina and Chotu Singh will be also entertaining audiences with their gags.

Ventriloquist Ramdas Padhye and his family will be shooting this show. The TV show is going to feature entertaining bickering between this puppet family. The conversation between the Puppets will make people laugh to the fullest. With no doubt, Gharat Gharat Basle Saare will be a stress-relieving show for the audience.

The ventriloquist Ramdas Padhye has made many experiments with his puppet. he has performed extraordinary acts with his puppet friends in the country and abroad. but this is the first time he is going to make a daily soap with puppets. While his full family will be involved in this process.

Zee Marathi Gharat Basle Saare will hit television screens on the 8th of June. The TV show will telecast on every Monday to Friday at 7:00 p.m. While the online broadcast will be available on Zee5 official website and app.

Stick around here to get the latest updates from the new TV shows.