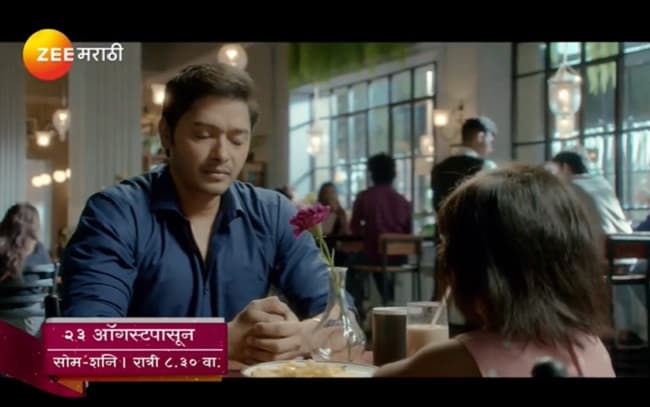 Zee Marathi is gearing up to launch a brand new project very soon. The new show on the channel is titled Majhi Tujhi Reshimgath. The tv show will have none other than Shreyas Talpade in the lead role. While the plot of the shows is also very interesting. It will feature a unique love story. Complete details about the plot and the Start Date of the show are available below. Also, check out more details about the Zee Marathi Majhi Tujhi Reshimgath Cast, Time, Story, and More.

Majhi Tujhi Reshmgath will feature a very interesting love story. The plot of the show is unique and it is not something that we have seen on screens. The tv show will revolve around the bond between father and daughter and mother.

The promos of the show have received a huge amount of positive responses from fans. The tv show will have no other than Shreyas Talpade as the male lead. he will be back on tv screens after a year. he has been part of many hit tv shows and movies. The actor will be back on screen after 20 years. he will be seen in a very interesting role.

While Prathana Behre will be playing the female lead role in the show. she will be also making her Marathi debut through this tv show she was last seen in Pavitra Rishta. and she has worked in several Marathi movies. And the child actor Vaikul will also play a key role in the show. The names of the rest of the cast members of the show are not out yet.

Majhi Tujhi Reshamgath will release in month August. The confirmed starting date of the show is announced. It is starting from 23rd August 2021 at 8.30 PM IST.

Where to Watch Online: Zee5

Stay tuned with us to get exclusive updates from new tv shows. Also, don’t forget to check out the audition updates of upcoming television reality shows.