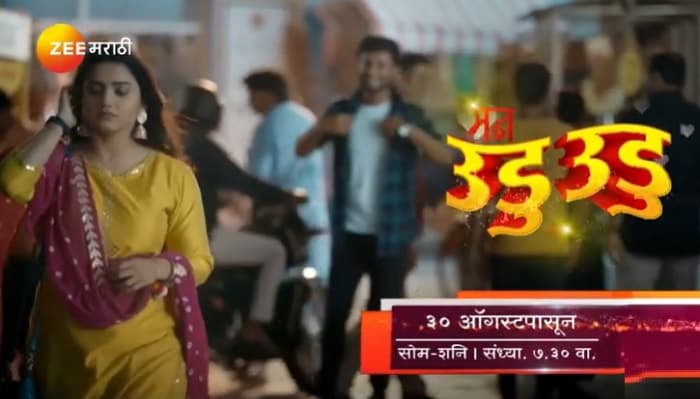 Zee Marathi is gearing up to launch a brand new tv show very soon. The tv show will is tilted as Man Udu Udu Zal. The tv show will hit tv screen in a few weeks. The promo of the show is out. Ajinkya Raut and Hruta will be playing the lead roles in the show. Check out complete details about the Zee Marathi Man Udu Udu Zal Starting Date, Plot, And Schedule. And also find out more updates about the plot and cast of the show.

Man Udu Udu Zal will hit tv screens on the 30th of August. The tv show will be on air every Monday to Saturday at 7:30 Pm.

Man Udu Udu Zal will feature an interesting love story. The tv show will be generating for sure. it will revolve around the life of two people with a different life. but destiny brings them closer.