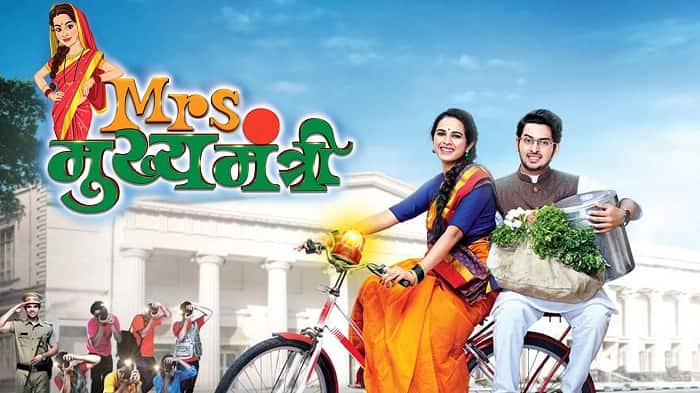 Zee Marathi’s popular TV show Mrs Mukhyamantri is all set to go off the air. The TV show will broadcast their last episodes in a few days. So check out when you will be able to catch the final episode of this TV show. Also, find out complete details about it below. Check Zee Marathi Mrs Mukhyamantri: The show will go off air very soon.

Zee Marathi’s Mrs Mukhyamantri is a romantic comedy TV show. The tv show features Amruta Dhongade and Tejas Barve in the lead roles. The story of the show revolves around a young Chief Minister Who marries a free-spirited girl named as Sumi, who is a normal girl from the village. The Daily Soap Opera showcase is how Sumi handles our daily life problems with her witty solutions

Zee Marathi Mrs Mukhyamantri premiered on the 24 June 2019. The TV show has completed its one year successfully. But makers of the show have decided to wrap this TV show. The reason behind Mrs Mukhyamantri going off-air is not revealed yet.

Mrs Mukhyamantri will broadcast their last episode on the 12th September. While you guys can also catch the online broadcast of this entertaining TV show on ZEE5’s official website and app. You can download the Zee5 app from the Google Play Store

Zee Marathi Mrs Mukhyamantri featured Amruta Dhongade, Tejas Barve and Anuradha Patil in pivotal roles. The daily soap Opera received a huge amount of popularity in such a short time. Now fans are definitely upset and disappointed by the news of the ending this show.

The TV show will be replaced by Zee Marathi’s upcoming project Laadachi Mi Lek Ga. It will feature Mitali Mayekar in the lead role. While Smita Tambe will also make come back on TV screens with this new TV show.