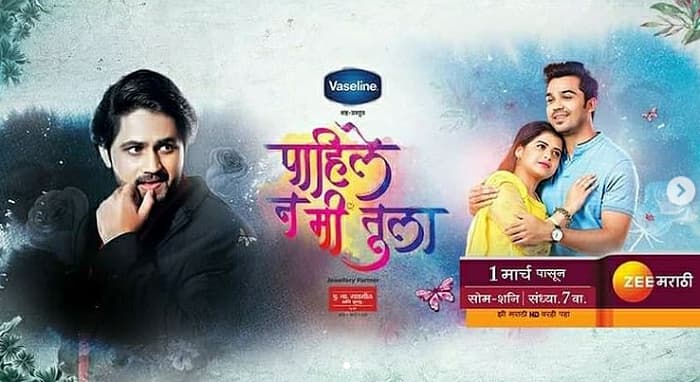 Zee Marathi is one of the popular TV channels in Maharashtra. The TV channel has launched many hit TV shows and television reality shows. And now it is gearing up to launch another new project. This upcoming TV shows on the channel are titled Pahile Na Mi Tula. The TV show will have one of the popular television actors in pivotal roles. So check out complete details about the Pahile Na Mi Tula Cast Name, Real Name, Zee Marathi New Serial 2021.

Zee Marathi Pahile Na Mi Tula is a family romantic drama. The TV show will feature a very interesting love triangle. The promos of the show have got a huge amount of positive response.

Zee Marathi Pahile Na Mi Tula will have Aashay Kulkarni in the male lead role. While Tanvi Mundle will play the female lead role in the show. Shashank Ketkar will be also seen in a crucial role.

Tanvi Mundle: She is also a talented Marathi film actress. She has been part of several projects. She will be playing the lead role for the first time.

Shashank Ketkar: Shashank Ketkar is also one of the popular Marathi television and film actor. He is popularly known for his role in Honar Soon Mi Hya Gharchi. The actor will be back on screen with a completely different role. He will be seen in a negative role.

Watch Pahile Na Mi Tula from 1st March every Monday to Saturday at 7 p.m. The online broadcast will be available on the Zee5 official website and app.