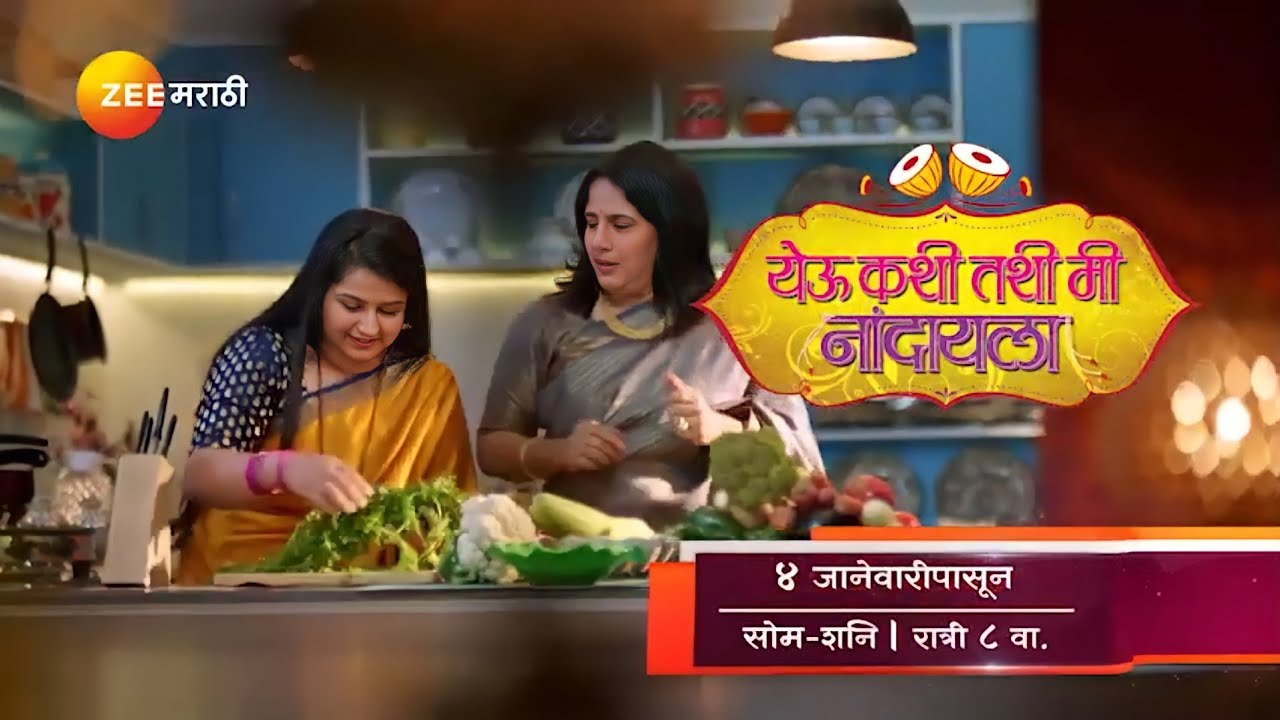 Zee Marathi is unquestionably one of the top TV channel in Maharashtra. While its popularity has reached in foreign countries also. Now after releasing a number of hit TV shows like Mazya Navryachi Bayko, Chala Hawa Yeu Dya, Agg Bai Sasu Bai, Tujhyat Jeev Rangla and many more. The channel is gearing up to launch a new TV show very soon. The upcoming TV show on the channel is titled as Yeu Kashi Tashi Mi Nandayla.

The promo of the show is out. So fans are extremely excited after watching the promo. Here are some exciting details about Zee Marathi’s brand new project.

The promo of the Yeu Kashi Tashi Mi Nandayla features Shubhangi Gokhale, Anvita Phaltankar in Keyy role. In the promo, we can see that Shubhangi Gokhale will be playing the role of mother in law. She is being asked about what kind of daughter in law she wants to have. She mentions she world like to have a girl who is a bit healthy.

The TV show will try to spread the message about body positivity. The concept of the show seems very interesting.

Yeu Kashi Tashi Mi Nandayla will be filled with talented actors. While the story line of the show is also very interesting and entertaining.

More details related to the star cast, starting date and broadcasting schedule of the TV show will be available on the page very soon.