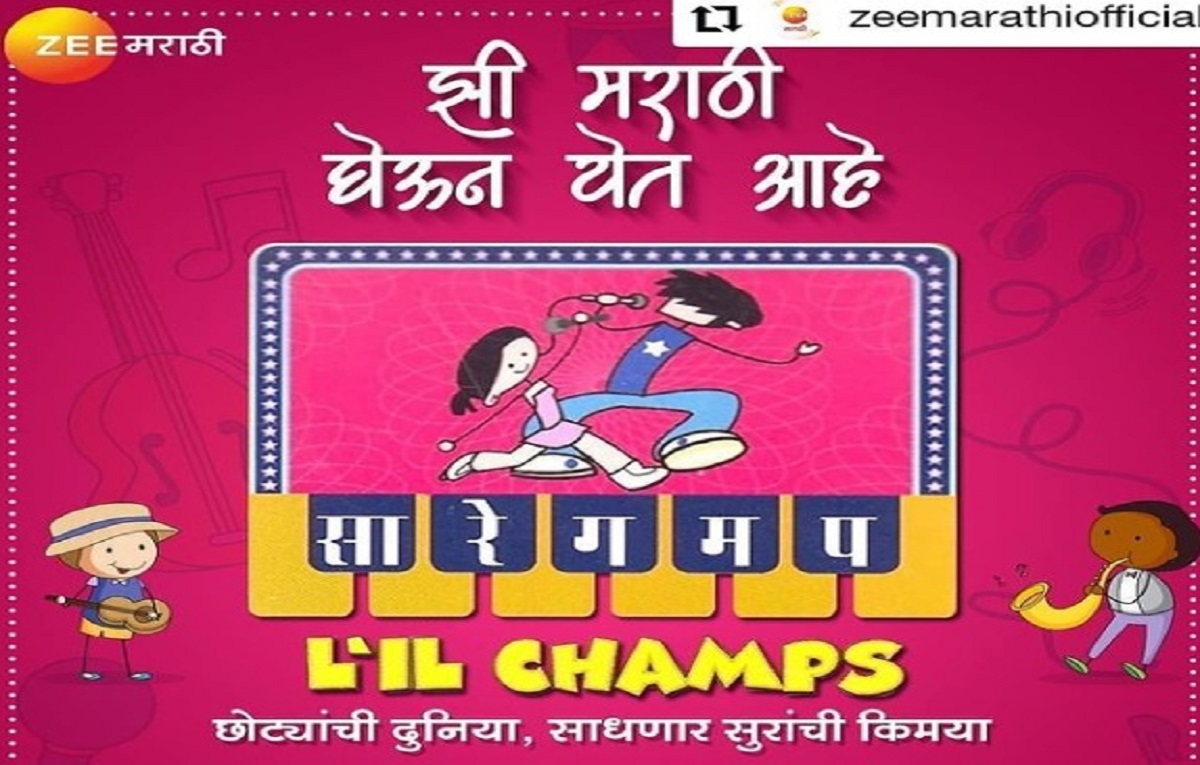 Zee Marathi Sa Re Ga Ma Pa Lil Champs will soon be hitting the television screens. After the success of the previous season makers of the show are bringing another season of the show. The audition for the show is open now.

The first poster of the show and the audition details are out now. If you think you have great singing skills and you can rock the stage with your melodious voice Sa Re Ga Ma Pa Lil Champ is the stage.

The show is going to be a telecast on the popular channel ZEE Marathi. It is a Marathi singing reality show on an Indian television network.

Check out the Audition details for the Show!

So what are you waiting for ? just record you singing video and send it on Whatsapp.

The makers of the show will get in touch with you once your application is shortlist.

This season is going to be an interesting one. The kids from season one are known as Pancharatne. The title track of season two of the show will be sung popular singers.

Sa Re Ga Ma Pa Lil Champs has given us many melodious singers to date. It is going to be interesting to watch season 2 of the singing reality show.

For more recent updates about the Indian entertainment industry and audition, details stay tuned with us…!!!