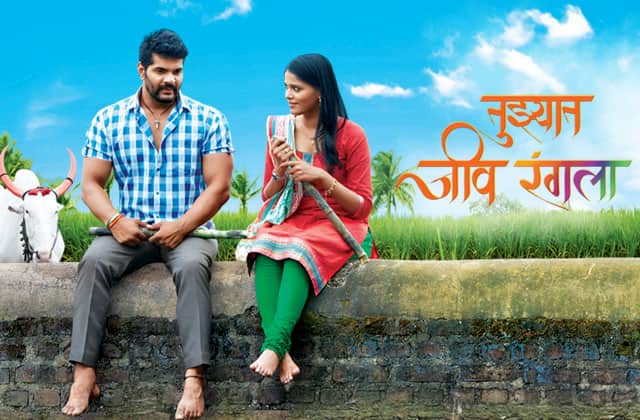 Due to the coronavirus outbreak, the shoots for the television shows and films wee halted. So many channels could not release fresh episodes of their ongoing TV shows. The TV channels were retelecasting their old shows.

Apparently, the government has given approval to the producer to start shooting with proper care. So finally after a gap of two-three months, fans will see their favorite start back on screen.

Tujhyat Jeev Rangala is one of the popular TV show in Maharashtra. The TV show have popular actor such as Hardik Joshi, Akshaya Deodhar, Dhanashri and many more. The TV show features the love story of Rana and Anjali. The plot of the show is set in Kolhapur.

According to the latest sources, the cast and crew of the TV show have reached Kolhapur from Pune and Mumbai.

The cast and crew of the Tujhyat Jeev Rangala have done swab tests. The whole team’s results came out negative. As per the rules, the cast members and crew of the show have been kept in the hotel for 10 days and later home Quarantine for 4 days.

After 14 days of quarantine, all the artist will do a swap test once again. The filming for the show will begin after getting the results of these tests.

Tujhyat Jeev Rangala will resume their shoots on 22nd June. It is expected that the TV show will soon release their brand new episode. The producer and makers of the show will take proper precautions for the safety of cast and crew of the show.