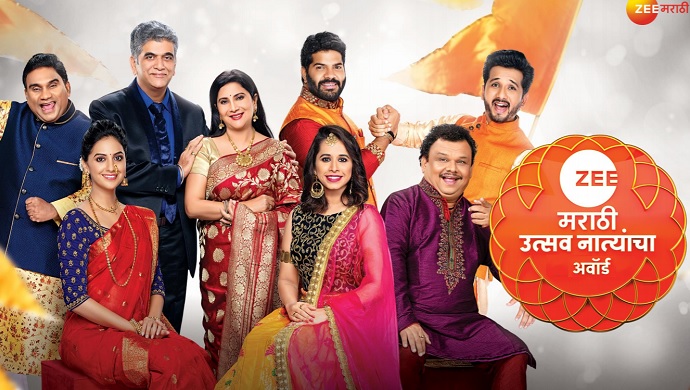 Zee Marathi is one of the popular TV channels in Maharashtra. While it has fans All Around The World. Now the channel is all set to host one of the grand events of the Year. It is one of the highly anticipated events of the yea. Zee Marathi celebrate this event by honouring their popular shows and talented actors. Zee Marathi Utsav Natyancha Awards will be on air very soon. here are our complete details about the nominations of this award function. Also, check out how you will be able to give a vote to your favourite shows and actors.

Zee Marathi Utsav Natyancha is definitely a treat for television lovers. The grand award function will Honours and give recognization to the best shows and talented actors working in it. The Grand event will feature all your favourite actors from the different shows on a single-stage.

Zee Marathi’s all shows are nominated for the best show award category. While best-supporting characters, best leads, best Couple, best siblings, the best family are some of the categories for nominations. The show or character with the most votes will win the award.

To give what your favourite contestants, You can visit zma.zee5.com. The list of all nominated TV shows and characters will be available on this page. Click on the name of your favourite show and click on the Vote, which will be at the end of the list and your vote will be submitted.

While you can also give Vote by giving misscalled on the particular number assigned to the TV show and actor.

The voting lines are still open. The grand award function will release on 28th March.

Stay tuned with us to get the exclusive updates from the television world.