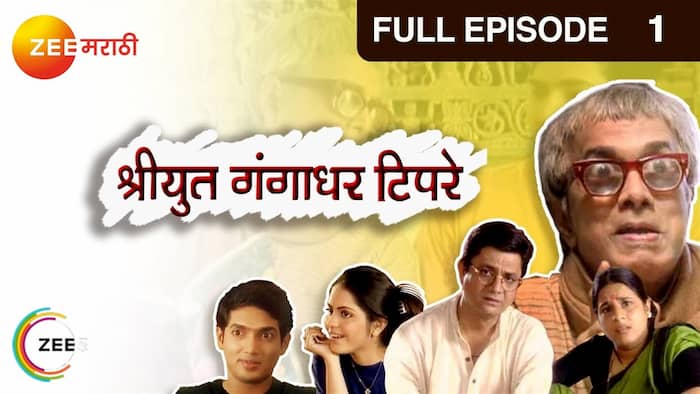 The TV show will the television screens very soon. So check out complete details about Shriyut Gangadhar Tipre. Also, find out the broadcasting schedule of this TV show.

Shriyut Gangadhar Tipre is a family drama. The series was based on author Dilip Prabhavalkar’s Anudini. The TV series showed what is to be an ideal family together.

It featured a middle-class Maharashtrian family and their everyday life issues. How they overcame their problems while maintaining a strong born in the family.

This classical TV show will be entertaining for sure. It will be a stress reliever, as the series will be very relatable to our daily life situations.

Shriyut Gangadhar Tipre will hit television screens on the 15 June. The TV show will broadcast on Zee Marathi at 7:30 p.m.

You guys can also catch the interesting episodes of this TV show on Zee5’s official website. While you can download Zee5’s app from Play Store.

The original drama Shriyut Gangadhar Tipre premiered in 2001. while the TV show broadcasted there last episode in 2005. After so many years fans are still hyped about this tv show. Television lovers are definitely amused to watch this show with their family.

Talented and veteran Actor Dilip Prabhavalkar played the role of Gangadhar Tipre. While Rajan Bhise and Shubhangi Gokhale were playing the role of their son and daughter in law.

Reshma Naik portrayed the role of his granddaughter. While Vikas Kadam was seen as ‘Shirya’ his grandson.