Zee Tamil once again back with to find new comedy talent. Zee Tamil Comedy Khiladis Auditions and Registration is open to all age group. This is a fresh comedy talent show coming in the Tamil Language, which will broadcast on Zee Tamil. If you have any If you have some act of entertainment people then showcase your hidden talent in the front of India.

The shows are giving the best opportunity to every Karnataka Tamil Nadu based comedian. No any age and gender restriction for the Registration in Comedy Khiladis. So participate now and the winner will get the chance to enter into Tamil Entertainment industries. 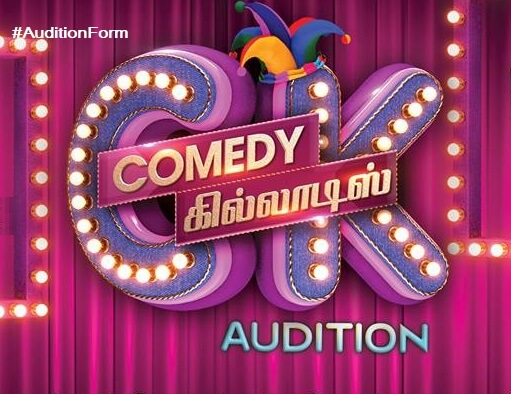 Zee Tamil and Comedy Khiladis teams are coming to your city for searching comedy talent. If you have comedy talent then send your audition Video on 9994411407.

Zee Tamil Comedy Khiladis Auditions are organizing in two different cities of the Tamil Nadu. For the auditions details, watch the video.

Comedy KhiladisZee Tamil
4
Share FacebookFacebook MessengerTelegramWhatsAppTwitterEmailPinterest
Join to Talent Hub Community
Sign up here to get the latest Auditions news, updates and special offers delivered directly to your inbox.
You can unsubscribe at any time

Made for Each Other Season 2 2017 Auditions and Registration Details

Didi No 1 Season 9 Auditions and Registration starting in 2021

BARC TRP Ratings out Star Plus on Leader Board!