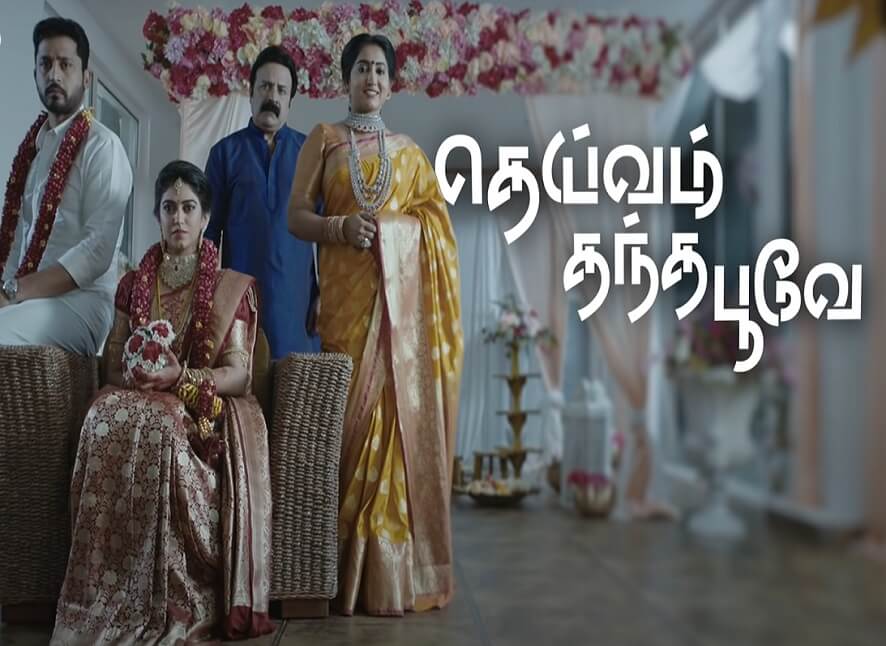 Zee Tamil is all set to come up with a brand new TV show very soon. The channel will be launching a new show titled as Deivam Thantha Poove. The TV show is going to TV screens in the month of December. The official details about the starting date and broadcasting schedules are out now. Also, check out complete details about the star cast and plot of the show below.

The plot of the Deivam Thantha Poove is going to be very interesting and entertaining. It will be a family drama. The TV show will revolve around Mithra, who is determined to make a better life for her family. She has to make some tough decisions to keep my family happy. Mithra faces her life bravely. Her life becomes even tougher when she marries Vinay. Vinay is a Cancer patient. They get married for 6 months and sign a contract.

The exclusive promo of the show is out. and confirm starting date of the show is revealed. The TV show will hit TV screens on the 13th December. And it will broadcast on every Monday to Friday at 2:30 p.m.