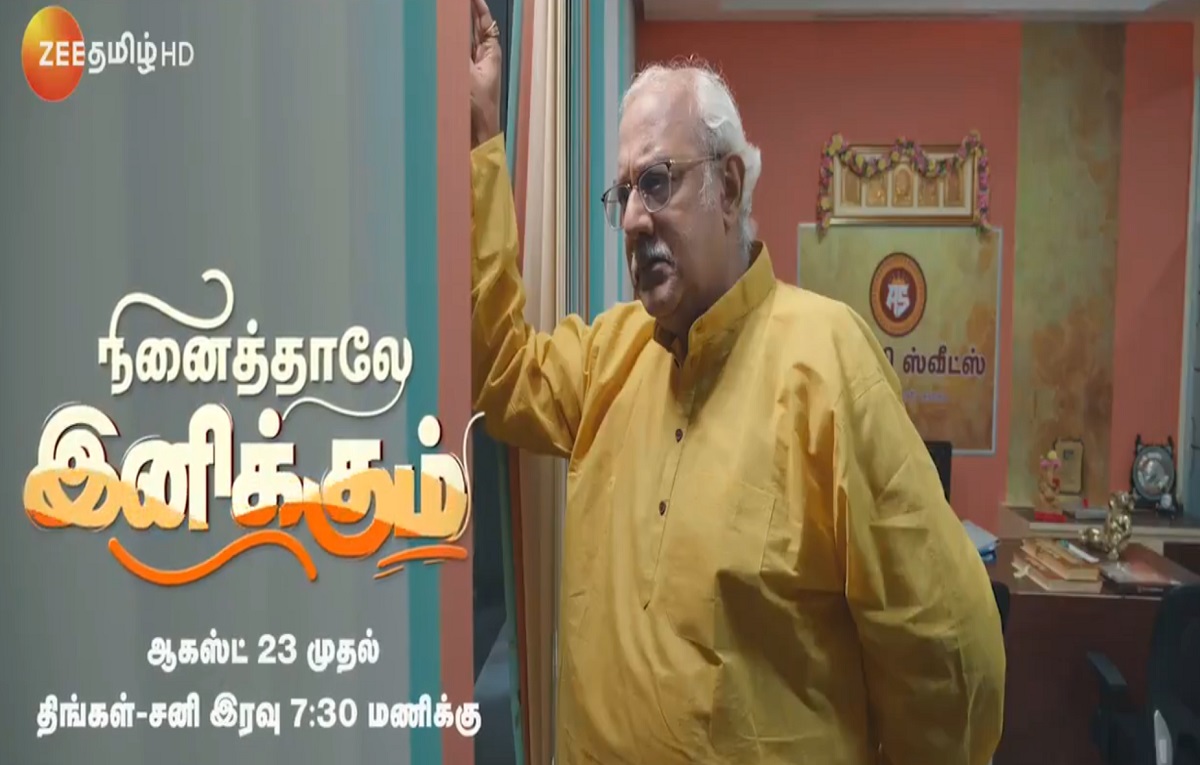 Ninaithle Inikkum is the upcoming show on the Indian television network. The show is going to be a telecast of the popular channel Zee Tamil. The show is all set to make its grand premiere on August 23, 2021.

The story of the show is going to be an interesting and unique one. It is a story of a girl Bommi who is a vendor of sweets and is an entrepreneur. Bommi is an independent and passionate girl where he has amazing skills in making sweets. She is popular for making the sweet ‘Adhirasam’. Bommi takes her two-wheeler and sells dessert Adhirasam on the streets of Chennai.

She is a very kind and loving girl and brings smiles to the faces of the people with her polite nature. She makes people she meets happy with her gestures. Bommi life will be taking a turn when career determined person enters her life who is a rich man. The person that will be entering here life is Sidharth.

The show will be having a powerpack star cast where there will be famous actors and a few debutants. The female lead of the show is Swathi. She will be making her debut in the character of Bommi.

The other actor to be a part of the show is Mithun Taj and many others.

The show will be making its premiere on the television screens on August 23, 2021. The show will be airing from Monday to Thursday. The telecasting time for the show is 07:30 PM on Zee Tamil.

You can also enjoy the telecast on the Zee5 app.