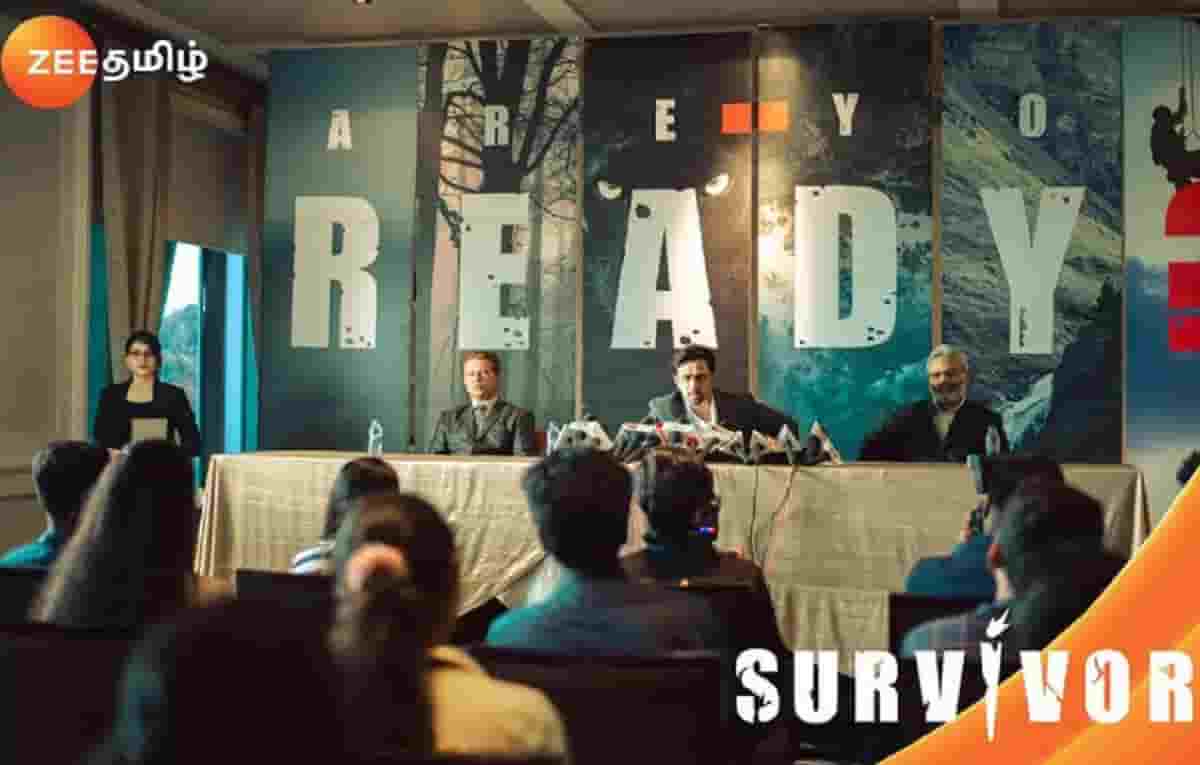 The unique show of survival is launching on the screens for the first time ever. Zee Tamil will be bringing the show with a different twist for the viewers of the channel.

Check out more details about the Zee Tamil show host, story, start date and other details here on this page.

Survivor is a popular action show where it is a game for survival. It is one of the most awaited shows which will be releasing on the Zee Tamil.

The host for the show is out and it is non-other than the ‘Action King’ Arjun Sarjaa. The makers and channel have confirmed it on the social media Instagram handle of the Zee Tamil.

The trailers for the show is out now and we can see the actor Arjun in the trailer video.

It is a unique show launching on the television screens for the first time ever. It is an international format of TV series all set to launch soon.

The contestants will be given a few of the resources and they will have to manage with basic resources when it comes to food or other things.

They will also be fighting for a few rewards by taking part in the tasks.

The contest list of the show is yet to be out.

For more latest updates about the Indian entertainment industry and other audition, details stay tuned with us..!!!