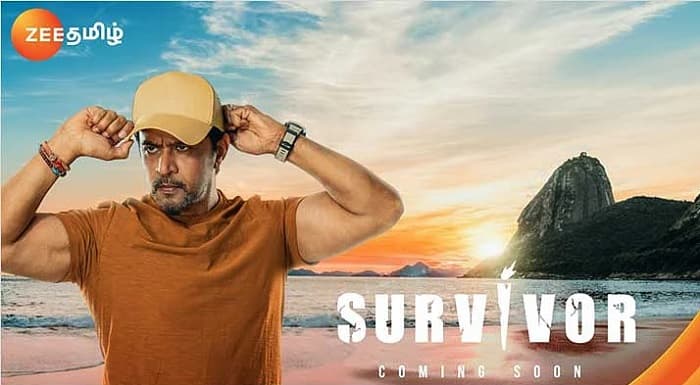 Zee Tamil’s upcoming TV show The survivor is creating a huge amount of buzz among viewers. The TV show has a very unique format. and it is one of the first action stunt-based television reality show on the South Indian television network. The TV show will take on a remote Island. And finally, after a wait of weeks, the official starting date of the show is out. Here are complete details about the Zee Tamil’s Survivor To Hit TV Screens With Host Kamal Haasan.

Zee Tamil’s Survivor To Hit TV Screens On This Date

The Television Reality show will be shot in South Africa. it will feature interesting contestants performing intense stunts and tasks. The TV show will have a total of 18 contestants stuck on one remote Island. The host Arjun will stay with the contestants and will mentor them throughout their journey.

The Survivor will test the physical and mental strength of the contestants. One of the popular celebrities will be part of this TV show. The confirmed list of the contestants will be available on the page very soon. Celebrities like Nandha Dhurairaj, Vijayalakshmi, and Gayatri Reddy will be some of the participants of the show.

Stay tuned with us to get the latest updates from new TV shows. Also, don’t forget to check out audition update upcoming television reality shows.