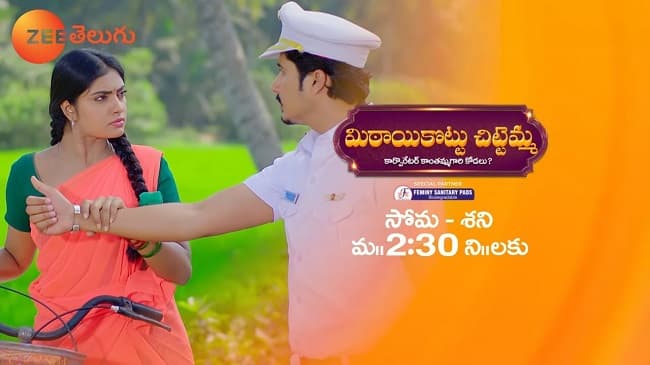 A new and interesting story rolled out on television screens recently. Check out more recent updates of the show Mithai Kottu Chittemma here on this page. To know more information regarding the telecasting timings, repeat telecast, story, cast stick around this space.

Anusha Rao will be playing the role of Kanthamma. Pundareek Komarraju will be in the character of Kutumba Rao.

The show is directorial of Kavarthapu Venugopal.

The story of the show is an interesting one. It is about a middle-class family who owns a sweet shop in Athreuapuram village and a rich family.

However, the story starts getting interesting when we see that one of the family members of the Chittemma family gets married in a Kanthamma family. Kanthamma’s family troubles the middle-class family a lot. However, Chittemma’s family fights back against the situation.

The show will be airing on the popular channel Zee Telugu. You can enjoy the telecast of the show from Monday to Friday at 2:30 PM.

The show started airing on television on March 29, 2021. You can also enjoy the telecast of the show on the digital platform.

The digital platform that will stream the show is ZEE5. You can download the app on your IOS and Android devices to watch the show at any time and anywhere

For more recent updates about the Indian entertainment industry and audition, details stay tuned with us..!!