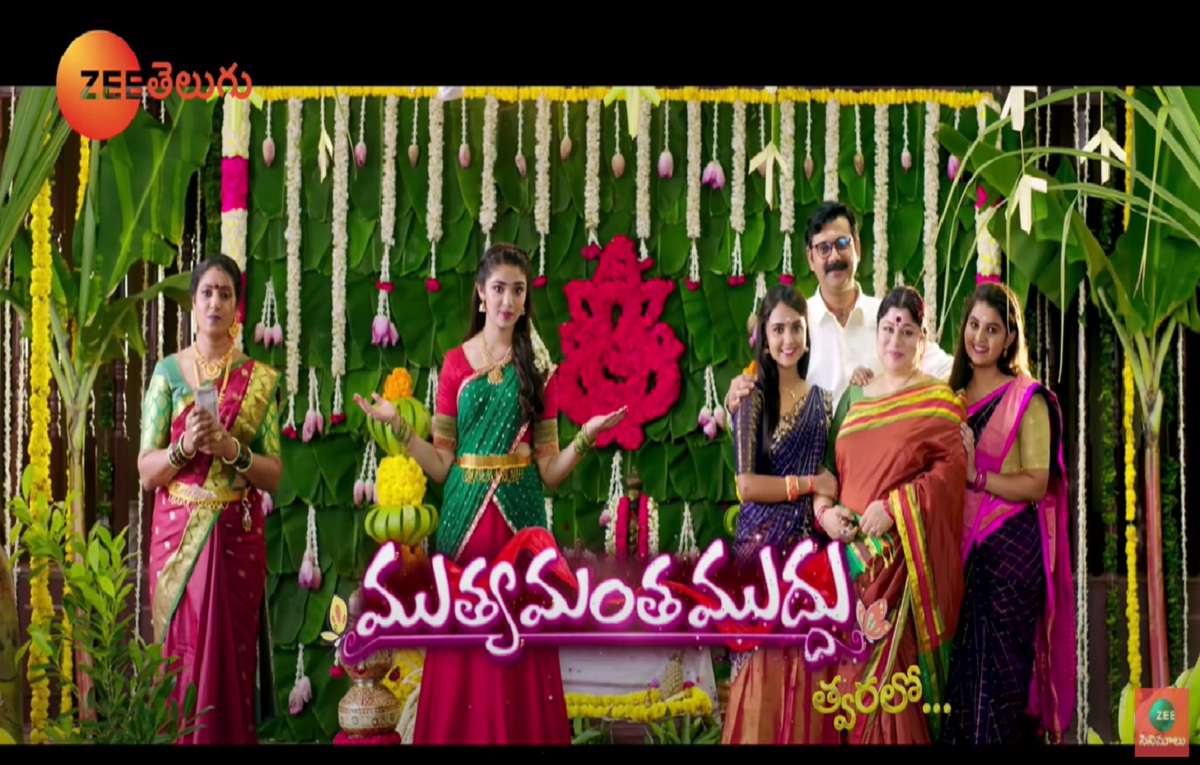 Muthyamantha Muddu is the upcoming show on the Indian entertainment industry. The show is going to be a telecast of the popular channel Zee Telugu. The new show will be marking its grand premiere episode on the Zee Telugu on August 23, 2021.

The show will be airing from Monday to Saturday on the Zee Telugu. the telecasting time for the show will be 07:30 PM on the channel. You can also enjoy the streaming of the show on the digital platform Zee5.

The show has an interesting storyline where the story is of the Geetha who is a younger sibling of all in a Tamil family. She is an ambitious girl, with goals in her life and she is the type of girl where she sticks to the morals of living with her family and in-laws under one roof.

Govind falls in love with Geetha who is belong to a Telugu family and his mother wanted a daughter-in-law who will be bringing a huge dowry to her house. However, Govind accepts Geetha along with her family as he falls in love with her.

The show will be having a popular star cast where they will also have a few new faces in the cast. The brand ambassador for the show will be Krithi Shetty who is a rising star in the Tollywood industry. Comedian and actress Sri Lakshmi will also be a part of the show in a pivotal role.

The other star cast of the show includes Vasu, Meghana Raami. Another actress all set to make her debut on screens is Amani who will be playing the role of Kanaka Ratnam.

Muthayamantha Muddu will be replacing the ongoing show Nagabhairavi on the channel. The show will be having a new and interesting storyline.

The promo for the show is out now along with the title song and it seems to be very promising.

For more latest updates about the Indian entertainment industry and other audition, details stay tuned with us..!!