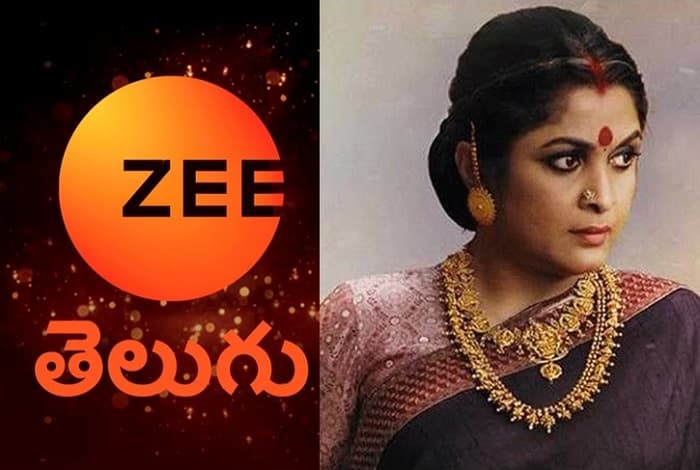 Popular Indian film actress Ramya Krishnan is all set to feature in Zee TV upcoming TV show. The TV will be launching news supernatural thriller drama in a few weeks. The first teaser of the show is out. Everyone is definitely excited to watch her on the TV show. So check out complete details about Zee Telugu Nagabhairavi Cast: Ramya Krishnan.

Ramya Krishnan will be part of the zee Telugu’s new TV show titled as Nagabhairavi. The TV show will have a very interesting storyline and it has created a huge buzz among television lovers. The promo of the show has received a huge amount of positive response from fans. Ramya Krishnan took to her Twitter and shared this great news with her fans. She shared the promo of Naga Bhairavi and wrote “happy to be associated with Zee Telugu upcoming Supernatural project Naga Bhairavi. Thoroughly enjoyed the experience. my best wishes to the entire team”.

In the promo Ramya Krishnan is praying Lord Shiva to show a way to protect Bhairavi. she gets a bracelet, which protects her from danger. Whenever she is in a problem Nagarjuna is the one to protect her. The TV show will have very high tech Computer Graphics. And it will be a treat to television lovers for sure.

Ramya Krishnan is a popular South Indian actress. She has acted in over 260 films in five languages Telugu, Tamil, Kannada, Malayalam and Hindi. She received a huge amount of popularity during the Bahubali era. It will be exciting to see her in a TV show.

Nagabhhairavi will feature popular and talented television actors in a pivotal role. So more details related to the full star cast, the storyline of the show will be available on the page. The starting date of the show is not out yet. So stay tuned here to get the latest updates from ZeeTelugu’s highly anticipated TV show Nagbhairavi.

Stick around here to get the exclusive updates from the television world.