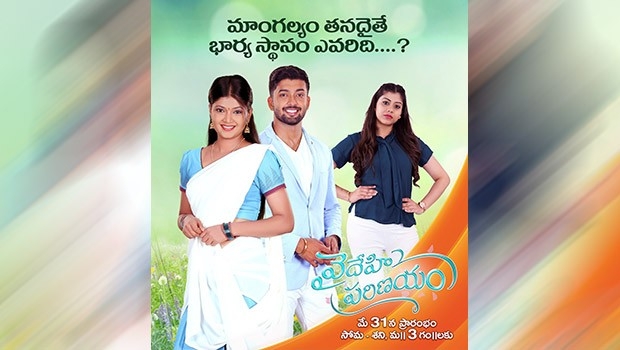 Zee Telugu is gearing up with a new tv show very soon. The new TV show titled as Vaidehi Parinayam . This new daily soap opera will hit TV screens very soon. The Exclusive promo of the show is out. And it has created a huge amount of excitement among fans. check out complete details about it below. Also find out more information related to the starting date, cast, plot of the show.

Vaidehi Parinayam will be a romantic drama. it will feature a very interesting love story. it will revolve around two strangers who are bought together by mysterious accident. Ram will be the lead character of the show. he has lost trust in the relationship cuz he saw failed relationship. But he will fall in the love with the Vaidahi who is an Orphan. When these two meet each other the story gets more twisted.

Vaidehi Parinayam will hit TV screens very soon. The TV show will premiere on 31st of May. it will broadcast on every Monday to Saturday at 3:00 p.m.

Stay tuned to get the latest updates from new TV shows. Also, don’t forget to check out the audition update of upcoming television reality shows.