Zee TV’s Kundali Bhagya, Kumkum Bhagya, and others to broadcast their fresh episodes from July 13th 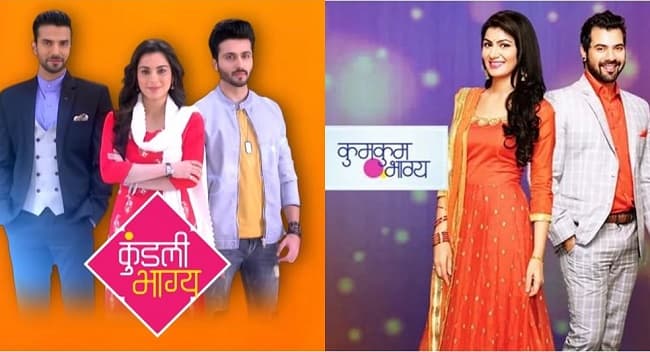 Recently Zee TV has released official promo stating that popular TV shows like Kumkum Bhagya Kundali Bhagya and many more will be on air from 13 July 2020. The crew and cast of the TV shows are all set to entertain their audience.

The cast and crew of the TV shows like Kumkum Bhagya, Kundali Bhagya and many more have resume shootings and now actors are already ready and rehearsing for the shoots. According to sources the team of the show is taking major precautions to protect the artists and their staff from the virus.

Kumkum Bhagya is one of the popular TV shows on the Indian television network. It features Sriti Jha and Shabbir Ahluwalia in the lead role. While Kundali Bhagya leads actors Shraddha Arya and Dheeraj Dhoopar are also excited to be back on the set.

Recently the pictures from the set of the Kumkum Bhagya and Kundali Bhagya came out on social media. In pictures we can see Sriti Jha, Dheeraj dhoopar, Shraddha Arya, Shabbir Ahluwalia are together on the set wearing masks.

While Zee TV is also coming up with the few new TV shows. The channel is coming up with a new season of their classic hit TV shows like Qubool Hai, Brahmarakshas.

You can still watch the entertaining episodes of Kumkum Bhagya Kundali Bhagya on online. The official website and app are providing the online broadcast of this TV show.