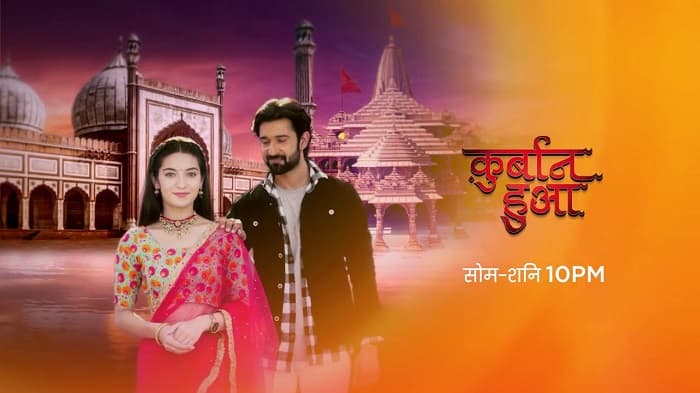 Zee TV show Qurbaan Hua will be waving off the television screens soon. The show is all set to call off the streaming on the screens this September. Qurbaan Hua is a telecast of Zee TV where the show will be airing its last episode on September 17, 2021.

The episode will be airing on the television screens at 10:30 PM on Zee TV. The channel will also be streaming the episode on the OTT platform Zee5.

Qurbaan Hua is a popular show of Zee TV where it is a sad news for all the fans of the show to see it going off air. The show has been very interesting and the story has many twist and turns.

Qurbaan Hua is a loves story of Chahat and Neel. It was a sweet and sour love story of both where they start with bitterness however their bond evolves and it turns out to be a love story.

Pratibha Ranta Speaks About Her Role!

While speaking to one of the leading entertainment portals the lead actress of the show Pratibha Ranta who played Chahat speaks about the show.

She says she is thankful for the love and support she has from her fans. Qurbaan Hua is her debut in the industry where it will have a special place in her heart. She says that Chahat has given her new identity she will cherish the love she got from her fans.

Infact, the incredible journey of being an actor was brought out to her by laying this wonderful character. She believe, she has learned a lot via this show and the challenges it posed to her. She says she is now ready to explore and expreine much more that she was at the beginning. She is so grateful to all the fans of the show who made her who she is today.

And she also thanks her wonderful co-stars and crew memebers who makes Chahat such an amazing character. It was a great journey and she is grateful to be a part of such an amazing show.