Zee TV Is again back with a new TV Show to entertainment everyone. 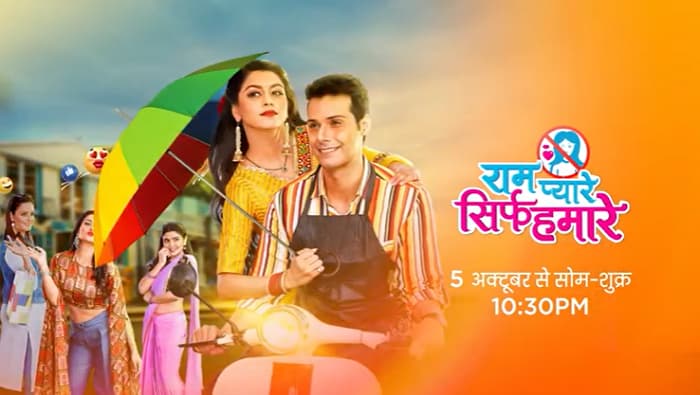 Ram Pyaare Sirf Hamare will be very entertaining and will have a comic angle. The TV show will revolve around a Dulari and her charming husband Ram.

Ram runs a beauty parlor in Bhopal. Dulari always gets insecure when women who visit the parlour, flirts with her husband. Dulari tries various tips and tricks to keep her man away from the ladies. But in the end, she always creates Trouble for Ram.

Zee TV Ram Pyaare Sirf Hamare will feature talented actors in a pivotal role. The TV show will have Nikhil Khurana in the male lead role.  While Shamin Mannan will also play a pivotal role in the show.  Jyoti Sharma will portray the role of Dulari.

Nikhil Khurana was seen in Sony SAB Jijaji Chhat Par Hai. His fans are delighted to see him back on screen in a new character. The Names of the rest of the cast members of the show will be available on the page very soon.

Ram Pyaare Sirf Hamare will hit tv screens on 5th October. The TV show will broadcast on every Monday to Saturday at 10:30 p.m.

While you guys can also catch the entertaining episode of this TV show online.  Zee5 official website and app will provide the online broadcast of this show.

Stay tuned with us to get latest updates from the new tv show. Also, don’t forget to check out audition update of the upcoming television reality show.