Zee TV To Air New Episodes from 13th July of all Shows, check the schedule 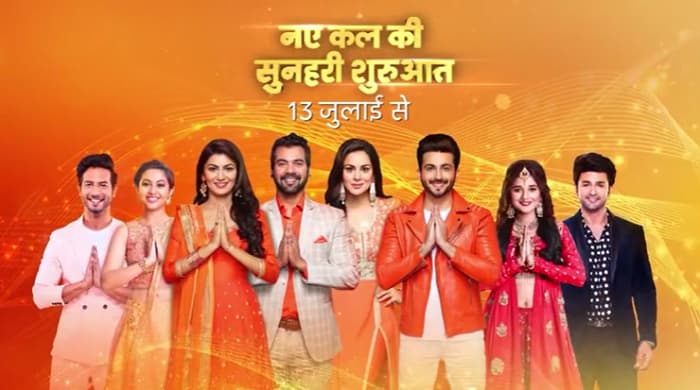 ZEE TV is soon coming up with the fresh and the new episodes of all the shows. Isn’t this a piece of very good news for all the fans on ZEE TV. Check Zee TV Serials New Episodes Schedule.

After the lockdown of almost three months shoots for the shows are resuming. Soon we will be watching all the fresh and new episodes of our favourite shows on ZEE TV.

The telecast of all the fresh episodes will be taking place from July 13, 2020. Check out the complete schedule for the telecast for ZEE TV here on this website. To know more about the shows of the ZEE TV stick around this page.

Guddan Tumse Na Ho Payega is an interesting show of ZEE TV where we will be witnessing the love between Akshat and Guddan. The show is already having many twists and turns. As we could see that Guddan is a big celebrity and Akshat’s life is disturbed. Later Guddan is back in Akshat’s life keep watching the show on ZEE TV and see what happens next.

Tujhse Hai Raabta is a story that revolves around bonds about Kalyani and her step Mother. The way their relationship evolved and the bond becomes stronger. Kalyani’s marriage takes place with Malhar and later their love bond evolves too.

Kumkum Bhagya is one of the most popular shows of ZEE TV. The story of the show is taking many twists and turns. One side we will be seeing Abhi and Pragya aren’t together anymore. However their twin daughters Rhea and Prachi are unaware that they are sisters and have the same parents but they study in the same college. They both are not on a friendly basis with each other.

On the other side, Ranbir falls in love with Prachi. Watch what happens next in the show Kumkum Bhagya. The fresh and the new episodes of the show will be available on ZEE TV from July 13, 2020. Kumkum Bhagya will be telecasting from Monday-Friday at 9:00 PM.

Kundali Bhagya is one of the most popular shows which has managed be on the top charts of TRP ratings most of the time.

The story about Preeta and Karan. They both are first friends then later they became rivals of each other. However, Karan marries Preeta without intimating anyone and leaves her on the same day. And the story continues. Watch what happens next in the story on ZEE TV.

Qurbaan Hua is a new of ZEE TV. The telecast of the show had recently started. The story of the show is about Chahat and Neel. Recently we could see that the Chahat is staying at Neel’s house as his girlfriend. And they both will be getting married soon. But the twist in the story is that they both want revenge from each other.

Watch what happens in the story next from July 13, 2020. The fresh and new episodes of the show will be telecasting from Monday- Friday at 10:00 PM. You can also watch on zee5 for all serials episodes.

For more recent updates about the Indian television industry stay tuned with us..!!