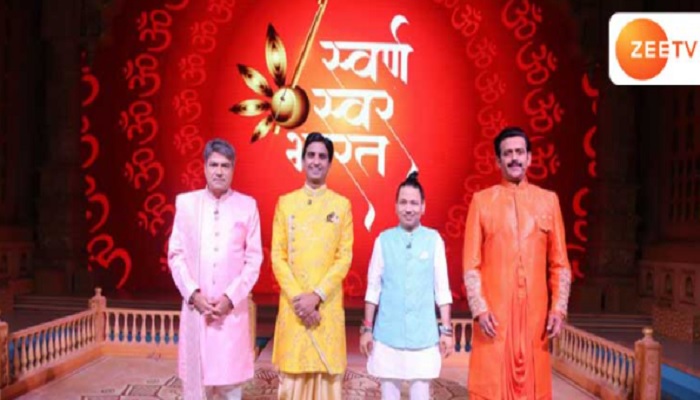 Zee TV is a popular television channel that is giving us many and popular shows to date. The channel is all set to bring up new show on television screen.

It is going to be a devotional singing reality show on Indian television network. It is for the first time ever the channel will be launching a show like this.

The show will be bringing up all the devotional songs and the judging panel for the show is going to be an exclusive one.

The show will be having popular actor as the host Ravi Kishan.

The judges will be judging the performances of the contestants on the basis of their sur and all the ragas in singing.

The first ever promo for the show is out now where the telecasting details for the show will be out soon. We will be keeping you posted about the show here on this page.

The contestant lists and other details for the show will be out soon. Stick around this space for the details about the new and upcoming show Swarn Swar Bharat.

The show is going to be a telecast of the popular channel ZEE TV. The show will also be airing on the digital platform at anytime and from anywhere.

ZEE5 is all set to roll out with the show where you can download the app on your IOS and Android devices.