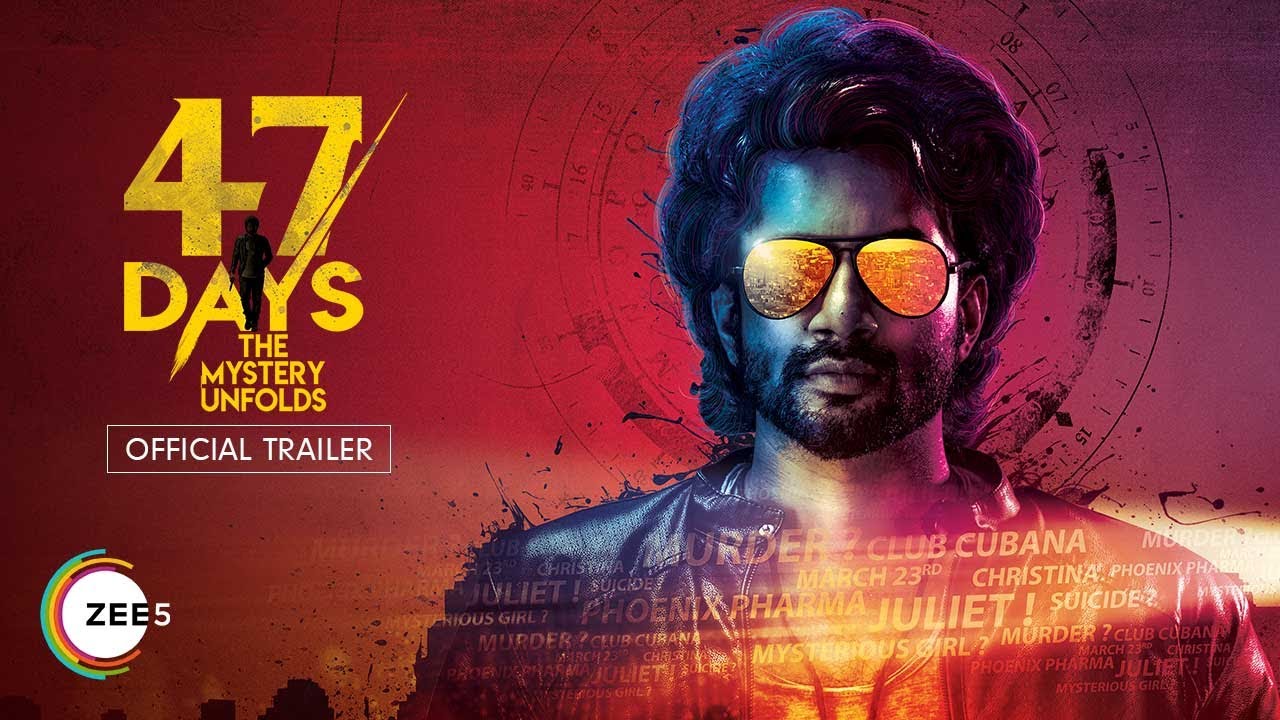 Zee5 has released the trailer of their upcoming drama title ’47 days: The Mystery Unfolds’. 47 days will be a Telugu Murder mystery and it is directed by Pradeep Maddali. Check out the release date of the next project. Also find out more information related to the Zee5 47 Days Release Date, Cast, Trailer, Review, How to watch Free.

47 days: the mystery unfolds will revolve around on the life of a cop, who is attempting to solve a suicide case which forces him to back to question the reason behind the in unexplainable death of his wife. As he starts investigating the case, which eventually hands down his past and brings chaos in his life.

The mystery and thriller movie was supposed to broadcast last year in theatre. But now it will be exclusively available on Zee5.

Satyadev Kancharana will play the role of Satya. He is one of the popular Telugu film actor. He has been part of movies such as Bluffmaster, Oxygen, The Ghazi attack and many more.

In an interview Times of India, the director of the show Pradeep Madari said “last year, we had a couple of buyers who backed on us. We were planning to release the Uma Maheswara Ugra Roopasya, which also stars Satyadev. But the Coronavirus Pandemic put a wrench in our plans. But I’m happy that the audience gets to see the film at the end of the day because we have worked hard for this.