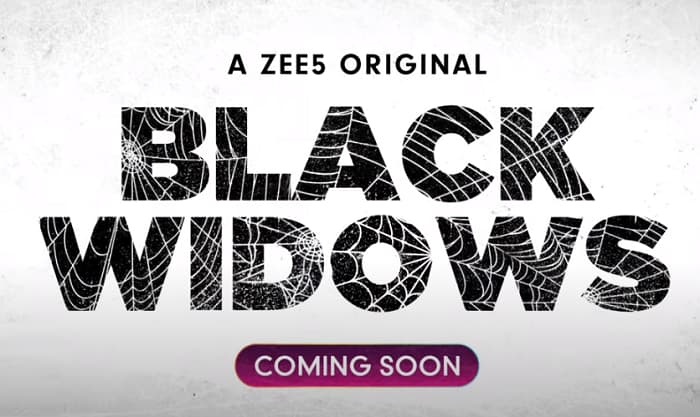 Black Widows is the upcoming Hindi Web series. The series will be taking its premiere on the popular digital platform ZEE5. ZEE5 Black Widows Release Date, Story, Cast, Promo, Where To Watch?

As the promo of the series is out now it is an amalgamation of Love, Friendship, and Murder.

Check out this page to know more about the upcoming web series Black Widows on ZEE5.

The story of the series is going to be a unique one. It is about the three wives who plot the murder of their husbands. As their husbands are abusive. To know if the plan which they draw out, works or not watch the series on ZEE5.

The official description of the promo of the series given by ZEE5 states, “a perfect tale of love, friendship, and murder! Black Widows revolves around three wives who plot the perfect murder of their abusive husbands. But does their perfect plan find the perfect ending? “

The male role of the show will be having Sharad Kelkar, Parambbrata Chattopadhyay.

Black Widows will be releasing soon. The streaming of the series will be taking place on the digital platform ZEE5 only.

We will soon be updating you regarding the official release date of the series after an official confirmation from the sources.

ZEE5 Black Widows Where To Watch?

You can now watch the series Black Widows on the popular digital platform ZEE5.