Lalbazaar a ZEE5 original will be premiering soon on the ZEE5 app and website on June 19, 2020 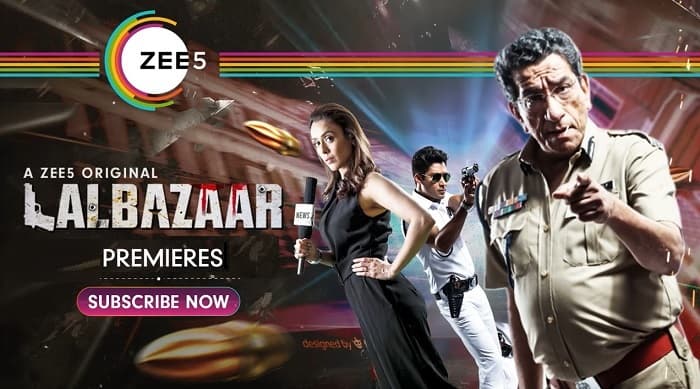 Share
ZEE5 is coming up with new and interesting series. Lalbazaar is the upcoming series of ZEE5 that be releasing soon in June, 2020. Series and movies add up the entertainment level. So check out below Zee5 Lalbazaar Original Premier date and much more.
Related Posts

To know more about ZEE5 Lalbazaar Story, Cast, Release Date, and Trailer stay tuned with us..!!

Lalbazaar is a ZEE5 original series which crime and the city thriller story.

ZEE5 writes an official synopsis for the series as,” Lalbazaar is a ZEE5 Original crime drama series starring Kaushik Sen, Sabyasachi Chakraborty, and Sauraseni Maitra. Get ready for a thrilling series which revolves around the lives of Kolkata’s Police officers and the underbelly”

Trailer out of Lalbazaar Zee5 Original

As the country is currently on the lockdown and ZEE5 is coming up with all new and amazing ZEE5 Original series and films which keeps the entertainment level high. For more recent updates about the Indian entertainment industry stay tuned with us…!!!