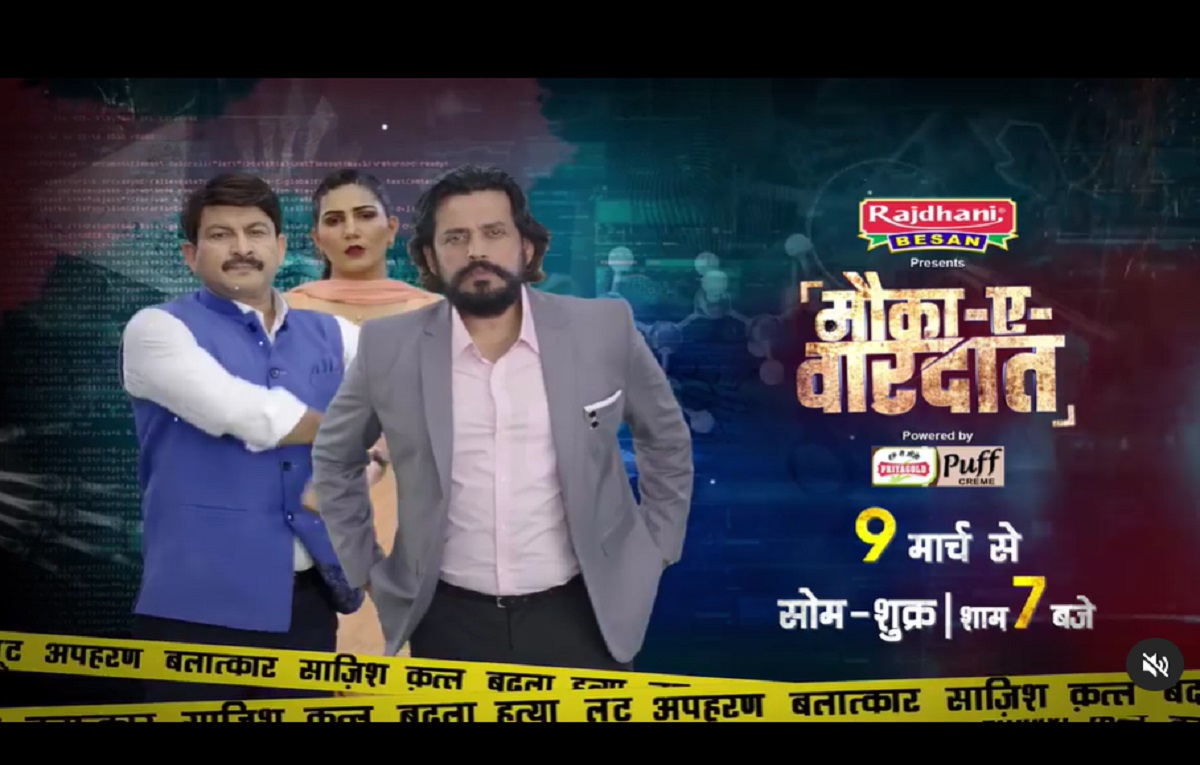 Mauka-e-Vardat is going to be a telecast of the popular channel And TV. The promo of the show is out now and it seems to be very interesting to watch the show.

Ravi Kishan makes comeback on the television screens with the show. He appears as the face of the show. Ravi Kishan, Sapna Tiwari, and Manoj Tiwari will be hosting the show Mauka-e-Vardat on And TV.

The show will be airing on a television screen from March 9, 2021. Mauka-e-Vardat will be telecasting during the weekdays from Monday to Friday.

Mauka-e-Vardat is a crime-based series that has different cases and how are solved. The format of the show will be somewhat similar to that of the other shows rolling on television like Savadhaan India, Crime Patrol, and many more.

Mauka-e-Vardat will be running on television screens soon. Make sure to stick around this space for more updates of the show Mauka-e-Vardat.

Ravi says, “I am delighted to be a part of the show, and I will be giving a glimpse into various crime cases. These cases are inspired by real-life incidents and showcase different stories of most inconceivable, unimaginable crimes and unravel its mystery, approach, and methodology.”

Further, he says, “Crime series has always fascinated me as I find them captivating and Informational. These help me know about the kind of crimes happening around us and how can be more mindful, aware, and alert. There have been so many shows on a variety genre, but Mauka-E-Vardat stood out for me.”

Adding on, “After understanding the concept in detail, I realized that the show had a refreshing different concept of implausible and unbelievable crime stories beyond belief that will compel the viewers to know, Yeh Hua Toh Kaise Hua?”

“When one watches a crime show, the main hook point fro them to know how-it-happened, who-did-it, and what-happens-next, but this show will intrigue them to ask how done it than a who done it. I am eagerly looking forward to how the series pans out as a lot of hard work has gone into it and of course the continued love, support, and affection of all my viewers.”