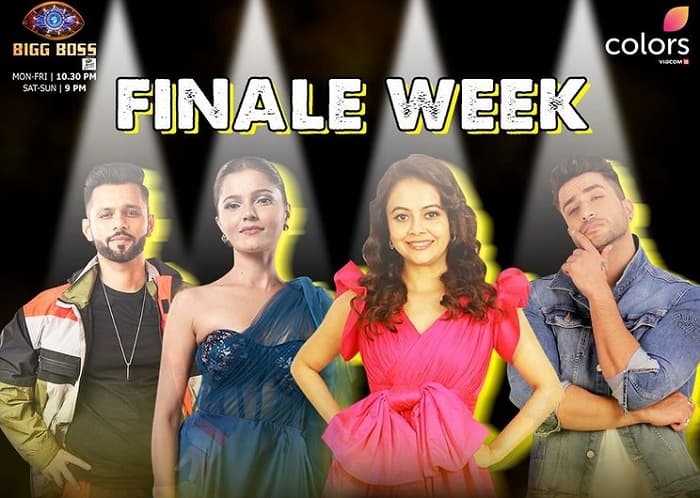 Bigg Boss 14 is one of the popular television reality show in India. The grand finale of the show is a few days away. And fans are extremely curious about the winner of this season of the show. Here is the name of the expected winner of 14th season of Big Boss. Also, find out more information related to the Bigg Boss 14 Winner Name, Finalist Contestants, Prizes, Finale Date.

The 14th season of Bigg Boss is also one of the entertaining seasons of the television reality show. The TV show featured many popular celebrities like Rubina Dilaik, Rahul Vaidya, Aly Goni, Rakhi Sawant, Ejaz Khan, Pavitra Punia, and many more. But finally, after weeks of intense competition, the finalist of the Bigg Boss 14 are finalized.

Rubina Dilaik is expected winner of the upcoming season of the show. The confirmed name of the winner of Bigg Boss season 14 will update on the page after the grand finale.

The Winner of the show will get prize money of 36 Lakhs and a prestigious Trophy of the show.

The grand finale of the Big Boss 14 will take place on 21st February. The voting lines of the show are still open so you can give a vote to a favourite contestant. While you catch an online broadcast of the show on Voot’s official website and app.