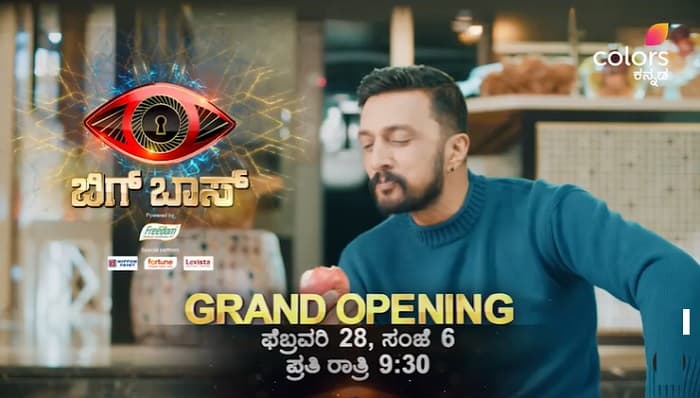 Bigg Boss Kannada is all set to come back with the 8th season very soon. The upcoming season of the show will hit TV screens very soon. So here are our complete details about the starting date of the show. Also find out more information related to the Bigg Boss Kannada season 8 Start Date, Timing, Host, Schedule, Promo.

fans are highly waiting for the new season of the show. So as the promo is out, the TV show will be also released in a few ways. The confirmed starting date of the show is 28th February 2021. Bigg Boss Kannada season 8 will be on air at 9 PM IST.

The names of contestants of the Bigg Boss Season 8 are out. So it is expected that Radha Giregoudar, Tennis Krishna, Ravi Srivastava, Rekha Das, Mimicry Gopi, and many more will be part of this show. The list of the full contestants of the show will be available on the page very soon.

The online broadcast of the show will be available on Voot’s official website and app. You can download the Voot app from Google Play Store.