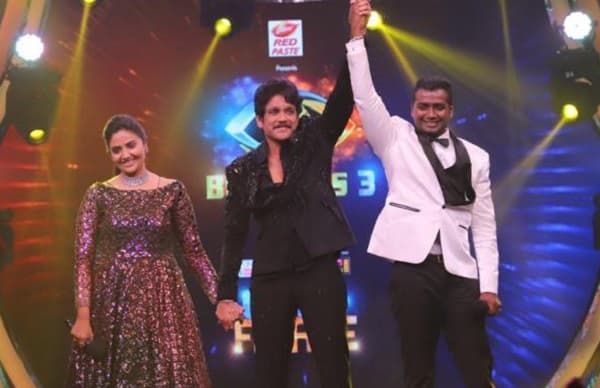 Bigg Boss Telugu is a reality show based on the Hindi show Bigg Boss. Star Maa is the official broadcaster of the show. Currently, Bigg Boss Telugu season 3 has been completed, make sure the show will come up with the new season. So check out here Bigg Boss Telugu Winner Name of all season.

While Adarsh was announced as the first runner-up of the show. And Archana and Hari Teja were placed on the 2nd and 3rd positions respectively.

After over three months, the show on 30th September 2018 got a winner in Kaushal Manda. He gets the cash prize of Rs 50 lakhs along with Bigg Boss Season 2 Trophy.

Tanish, Deepthi, Geetha Madhuri and Samrat are the finalist of the Bigg Boss Telegu Season 2. And All the other finalists were given a cash prize of Rs 1 lakh. Stay tuned for more updates related to your favorite television reality show.

After the second season, the show was started on 21 July 2019 and Grand finale will be aired on 3 November 2019. Singer Rahul Sipligunj is the winner of the show.

After the previous season, the show is back with the new season. The show was started on 6 September and the grand finale will take place on 20th December 2020.

Akhil Sarthak is announced the first runner-up of the show.

Auditions and Registration for Bigg Boss Telugu Season 4 will start shortly for commoners.